For the ones that don't stop 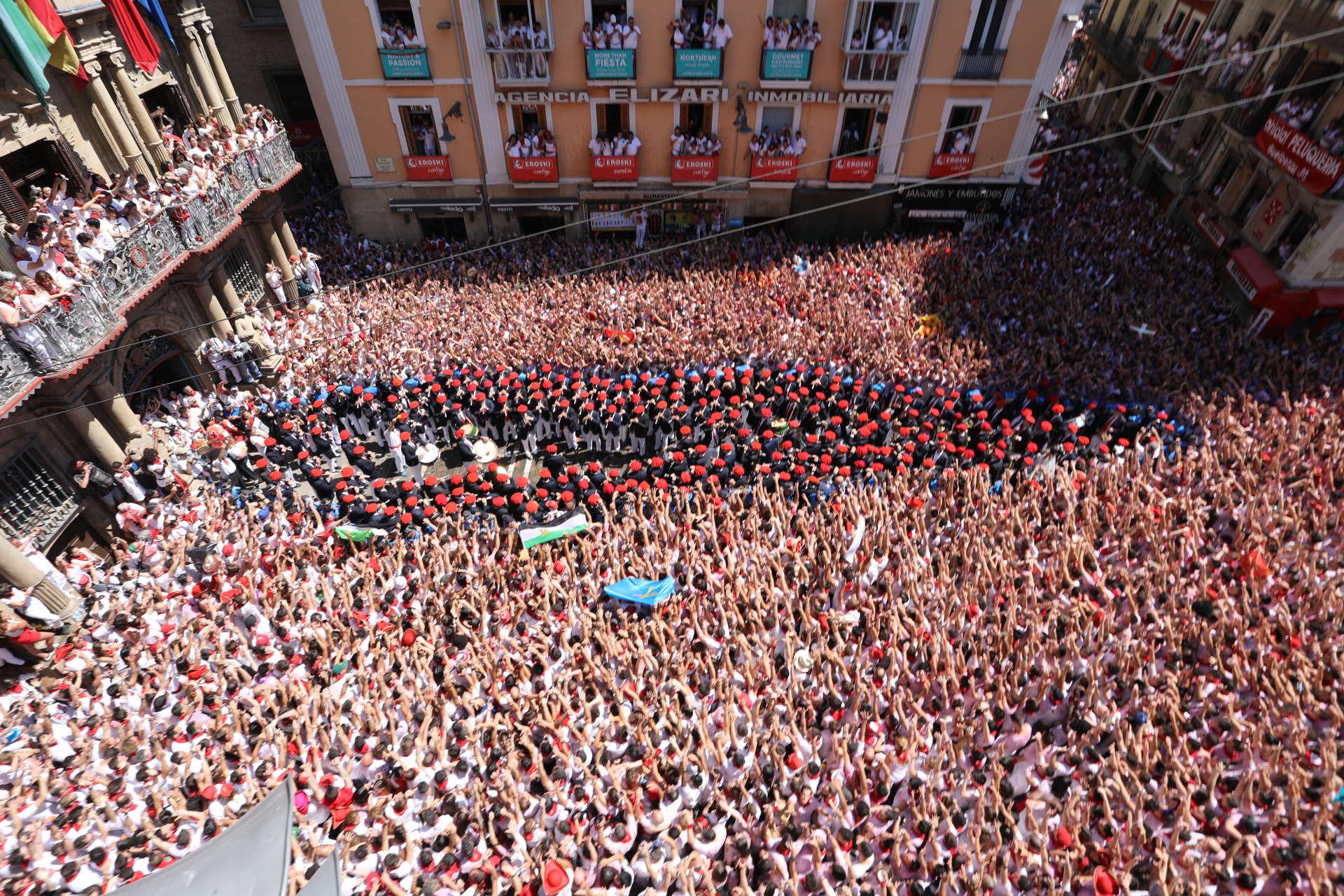 The San Fermín festival, listed as Fiesta of International Tourist Interest in 1980, is held every year from 6 to 14 July. The festival begins on 6 July at 12 noon with the launching of the rocket known as “Chupinazo” and ends on 14 July at 12 midnight with the signing of the “Pobre de Mí”, the official closing of the Sanfermines. They Sanfermines is one of the most famous festival worldwide.

Nine days of non-stop fiesta when Pamplona transforms itself and where the main role is played by the people. It is precisely this open character, diverse and spontaneous, which makes the Sanfermines so unique, unparalleled and special as everyone is invited to enjoy them freely and respectfully their own way.

The Sanfermines are meant to be experienced in the streets, making the most of every moment and allowing yourself to be surprised by the atmosphere, the music, the revelry and the general joy that the city breathes. Plus the large number of scheduled events and off-program events animated by the “peñas”, which give the Sanfermines that magical and unique air that has made them famous worldwide.

The festival offers many exceptional events and moments: the “Chupinazo”, the “Encierro”, the bullfights, the Procession and the “Riau Riau” honouring San Fermín on the 7th, the morning reveilles prior to the runnings animated by the century-old municipal music band La Pamplonesa, the fireworks, the parade of the Masquerade o Giants and Big-heads, the “Peñas”, which are the soul of the fiesta, to name but a few. Plus, the city consecrates one day to the city of Bayonne and Twin Cities, one day to children and one day to seniors, not to mention the main day devoted to San Fermín, in addition to the special opening and closing days with the “Chupinazo” and tge “Pobre de mí” respectively.

The party takes place in the streets, and there are multiple options for everyone to enjoy the parties in their own way. The immersion in the San Fermín Festivities is total since both locals and visitors wear white and red to provide that different touch that makes the Sanfermines unique.