Suit Up: In White and Red 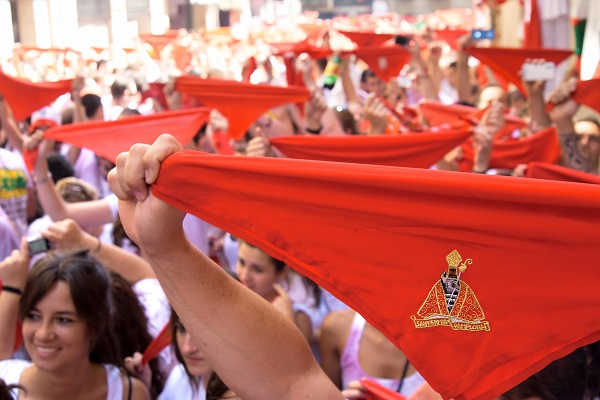 The streets of Pamplona get dyed white and red from the moment the Chupinazo rocket explodes until the closing of the festival. The traditional Pamplonica outfit consists of white shirt and trousers, red sash and the red ‘pañuelico’ neckerchief.

All those who come to the city from different parts of the world wear the usual uniform - or at least they should, as it is key to feeling part of the fiesta. The actual origin of this outfit remains unknown, but it was made popular by the now extinct Peña La Veleta, who adopted these colours in the 30s so as to tell its members from members of other peñas.

Locals will agree that the most special piece of the outfit is the neckerchief, an accessory that it is essential to tie around one’s neck as soon as the opening rocket goes off.