The Bar Txoko and Hemingway 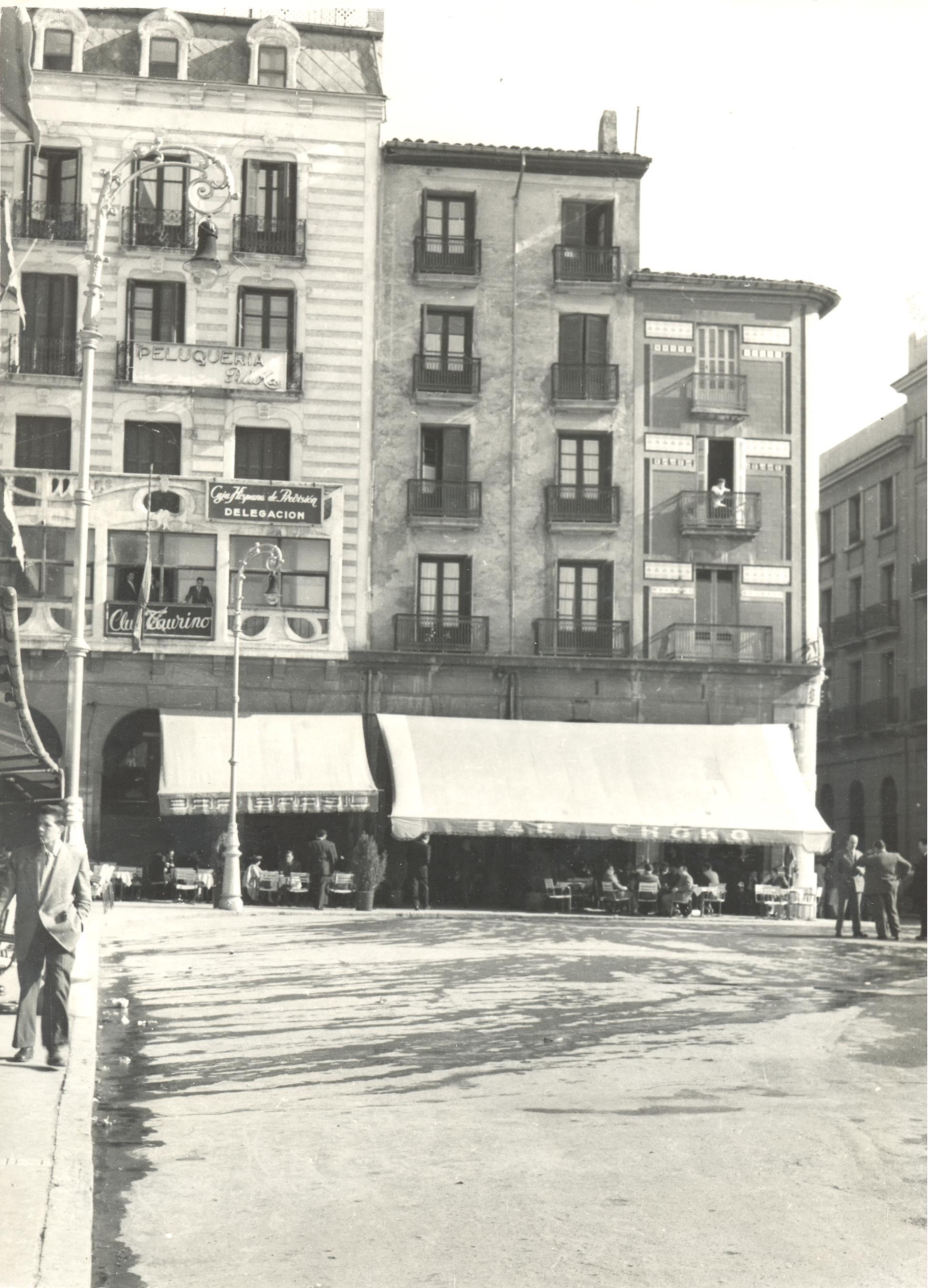 “Our public life took place at the Choko bar, under the arcades, next to the hotel that Juanito Quintana owned years ago". In 1959, on his last visit to Pamplona and the Sanfermines, Hemingway once again felt like he did in the 1920s: “When I realized that the landscape had not been altered and that I could share it with those who accompanied me, I felt happier than ever and I did not care about the crowds or the modernization of Pamplona”.

These impressions are collected by Hemingway in “The Dangerous Summer”, a book in which he recounts that many mornings of the Sanfermines of 1959 they had breakfast at the bar "Choko". Mary Welsh in her book 'How it was' also relates that in 1959 her favourite bar was the 'Choko'. In fact, that is where they meet Valerie Danby-Smith on 6 July 1959.

Valerie Danby-Smith, who was Hemingway's secretary in 1959 and who later married the third son of the writer, explains in her book 'Running with the Bulls: My Life with the Hemingways' that she arrived in Pamplona on 6 July 1959 and the owner of the guesthouse where she is staying tells her that "the Hemingways are waiting for you at the Choko bar for a drink at eight”. Valerie says that “the Choko was in a corner of the Castillo Square. The first night of the festival we took part in the dances in the square, to the rhythmic beat of the Riau-Riau and Basque folk music, joining in loud voices to the songs and the laughter. I have never seen such unbridled joy”.

The "Choko" bar, the name by which it was known then, had opened its doors in the early 1930s.