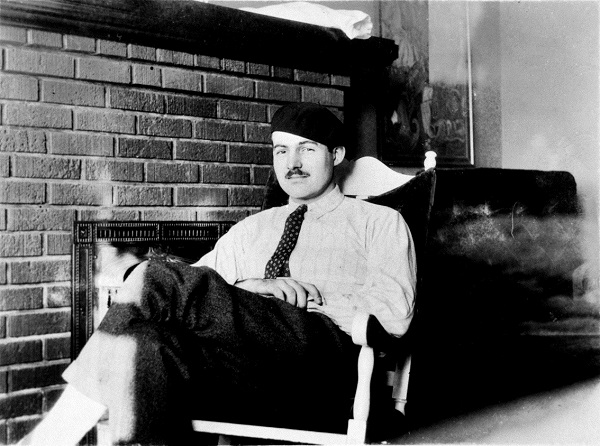 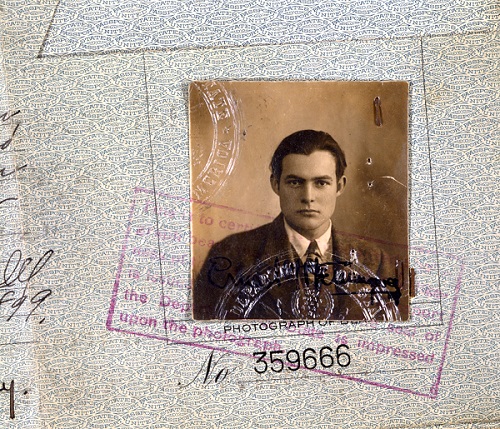 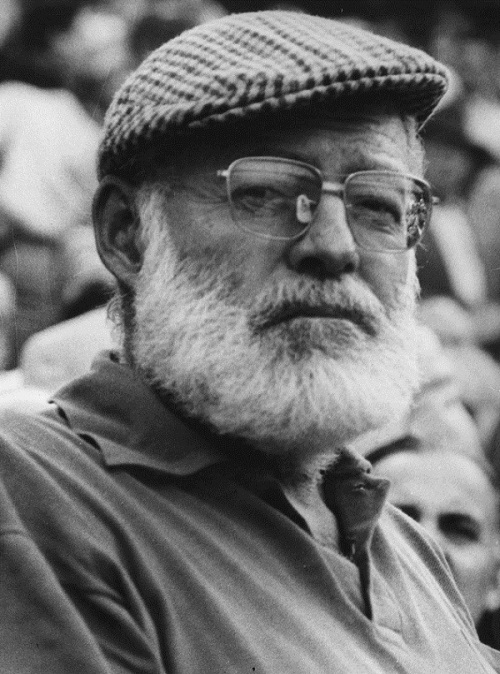 Ernest Hemingway's (Oak Park, Illinois, USA, 1899 - Ketchum, Idaho, USA, 1961) can be considered a unique case in the history of literature. The writer who died almost sixty years ago has become a cultural and also a tourist industry, or vice versa. Every year some audiovisual work or other is made either about one of his works or about his own life. Television series, feature films, biopics, documentaries, etc., make him a popular and media-present author, perhaps the greatest of all time. A true cultural icon, let alone a Nobel Prize and a Pulitzer Prize winner, let alone the writer who played the main role in the turning point of Anglo-Saxon literature.

Ernest Miller Hemingway was born on 21 July 1899, in Oak Park, Illinois, a Chicago district. He was the fourth of five children. His father, Clarence Edmonds Hemingway, who ended up taking his own life, was a doctor; his mother, Grace Hall Hemingway, was a musician. They were both Congregational Christians. The family had a summer house on Wallon Lake, near Petoskey, Michigan. When he was only 4 years old his father taught him to hunt, to fish and to camp in the forests and lake area of the north of the state. His early experiences in nature instilled a passion for outdoor adventure and life in remote or isolated areas. These two passions he pursued until the end of his days.

From 1913 to 1917, Hemingway attended Oak Park High School and River Forest High School, where he participated in various sports such as boxing, track and field athletics, water polo, and football. He remained fond of boxing and swimming for almost all his life. In school he excelled in English and literature. In 1918, during the First World War, he volunteered as an ambulance driver for the Red Cross in Italy. On 7 July 1918 he was seriously wounded by mortar fire, returning to the United States in January 1919. Without looking for it, as he never pursued university studies, he was offered a job in the "Toronto Star Weekly". At the end of 1921 he agreed to be a foreign correspondent for the newspaper and, accompanied by his first wife Hadley Richardson, they travelled to Paris in the 1920s, when the city was bursting with emerging cultural avant-gardes and where they lived. Europe became an inexhaustible source of inspiration for the young writer-to-be journalist.

With the publishing of ‘The Sun Also Rises / Fiesta’ on 22 October 1926, the name of Ernest Hemingway definitely established itself among the great American writers. In 1929 he published ‘A Farewell to Arms‘, a novel about the First World War; in 1937 ‘To Have and Have Not‘; and in 1940 ‘For Whom the Bell Tolls’, his novel about the Civil War. Then in 1950 he wrote ‘Across the River and Into the Trees‘, about World War II, and in 1952, ‘The Old Man and the Sea‘, for which he was awarded the Pulitzer Prize. In 1954 he received the Nobel Prize for literature. ‘Islands in the Stream’, ‘The Garden of Eden’ and ‘Till the Break of Dawn’ were published posthumously. Furthermore, Hemingway is considered one of the best short-story writers of all time and one of the best war correspondent journalists of the 20th century.

Hemingway's works were noticed very early by the American film industry, and most of them, starring the great Hollywood stars, became great international successes.

In the words of Sandra Spanier, a professor at Pennsylvania State University and editor of the ‘Hemingway Letters’ project, Hemingway “is more than a writer, he is a cultural icon”.