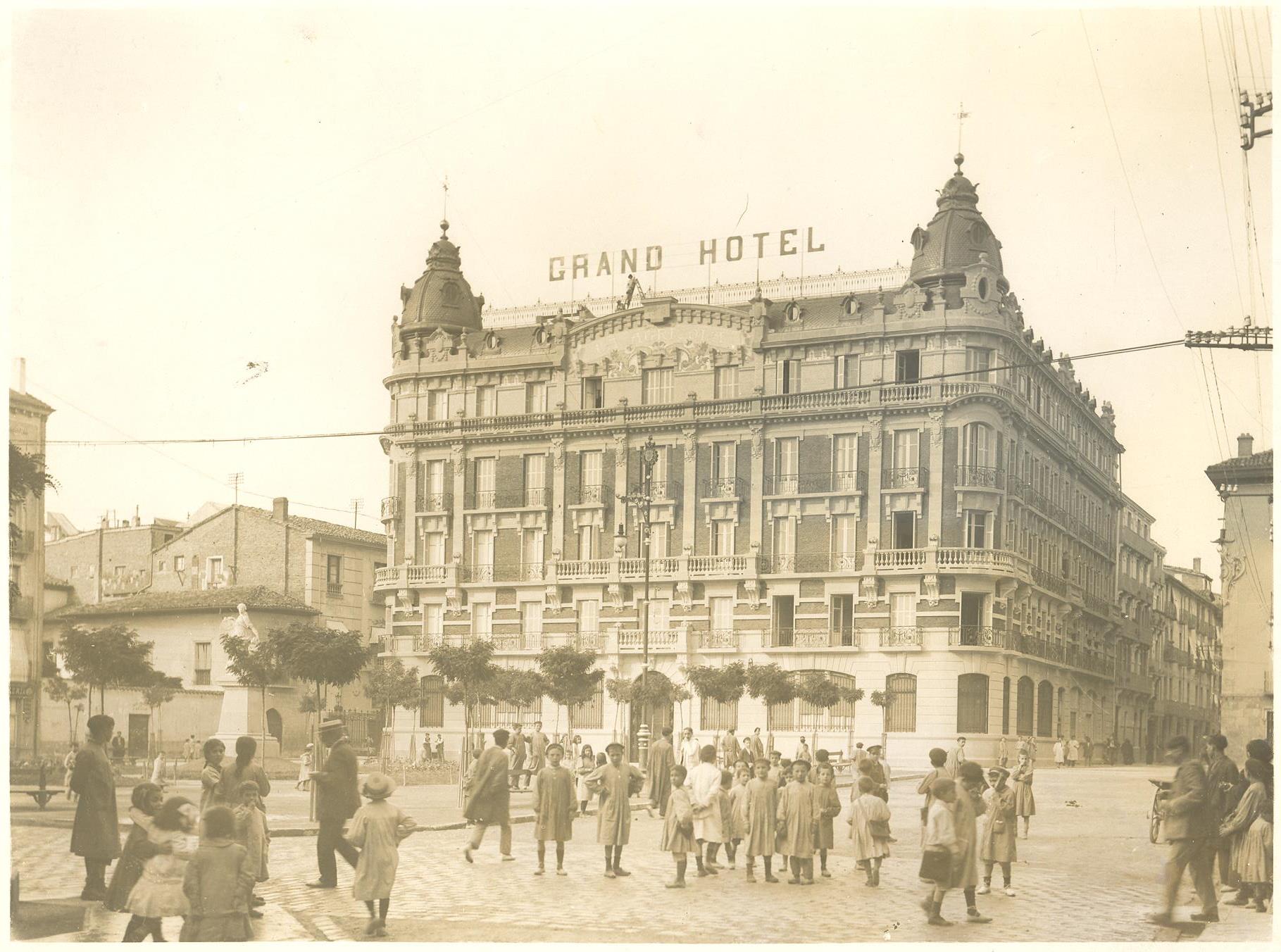 In ‘The Sun Also Rises / Fiesta’ the American ambassador stays at the Grand Hotel in Plaza San Francisco. The Grand Hotel was the best hotel in Pamplona; it was open until 1934.

In fact, in a letter Hemingway sent to his friend Scott Fitzgerald on 5 January 1930, he recommended three hotels in Pamplona: Grand Deluxe, Quintana and La Perla.

The Grand Hotel was located in the Art Nouveau-style building known as 'La Agrícola', built in 1912. 'La Agrícola' was the headquarters of the savings bank of that name and the Grand Hotel of Pamplona. The square also holds a sculpture of Saint Francis of Assisi depicting him in his supposed trip to Pamplona during his pilgrimage to Compostela in 1213-1215 and his intervention in the pacification of the city’s boroughs.

The Plaza de San Francisco, as it is known today, was inaugurated in 1912. The site previously housed the city’ prison, also known as Hotel Mediero.