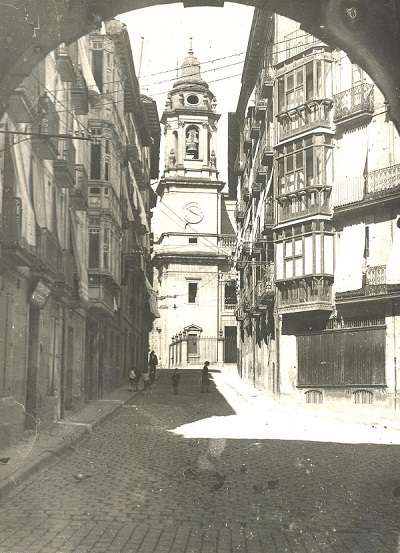 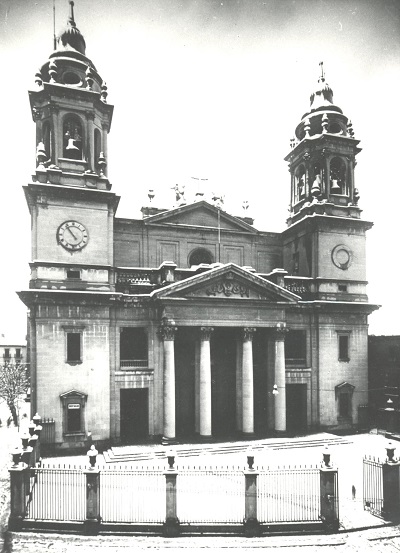 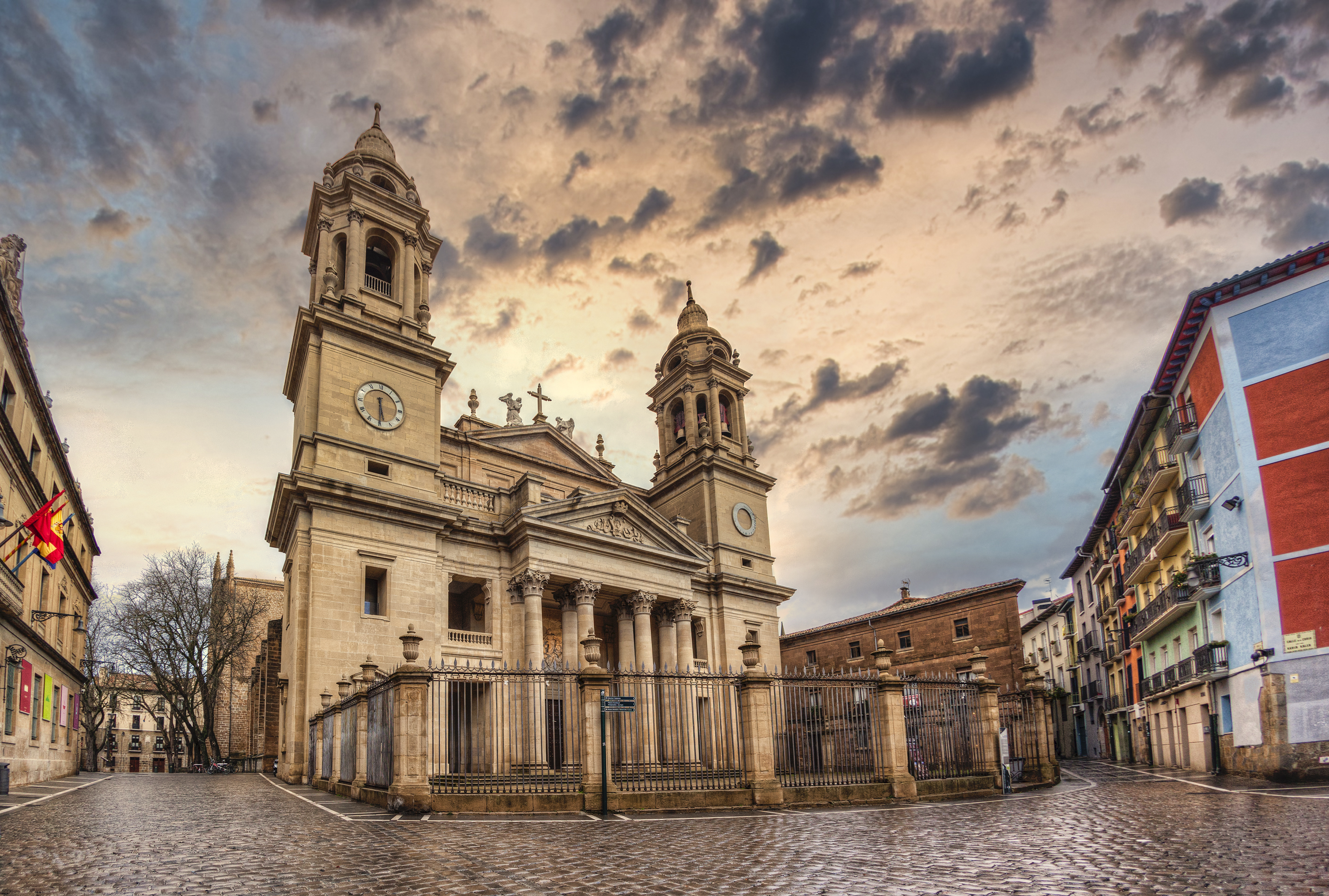 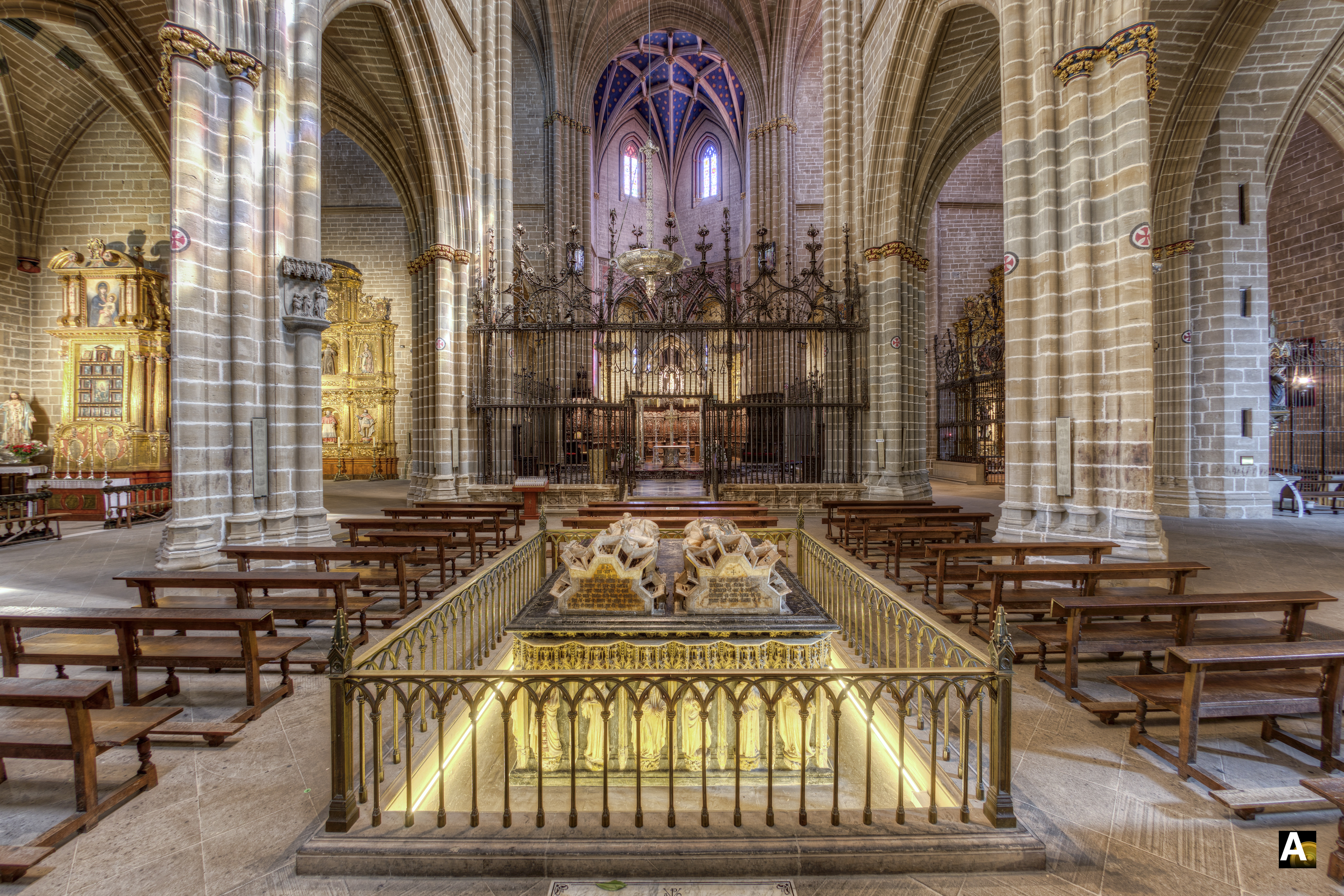 Pamplona Cathedral was built during the 14th and 15th centuries over the remains of a Romanesque church. The neoclassical façade from 1799 is by Ventura Rodríguez and the interior is French Gothic. The cloister, completed in 1472, is considered one of the most beautiful in Europe.

Outstanding features inside the cathedral are the altar pieces, choir-stalls by Esteban de Obray, the 12th-century carving of the Virgin Mary, the Holy Christ by Anchieta, the alabaster tomb of King Carlos III (‘el Noble’) and his wife by Johan Lome de Tournai, and the Barbazana chapel with its octagonal Gothic vault, the oldest monastic part of the cathedral. The cathedral houses the Occidens exhibition.

In the middle ages, this part of the city was occupied by the Jewish neighbourhood, the judería. From here it is possible to access the Baluarte del Labrit or walk along the Ronda Barbazana behind the cathedral.

Building work on the building started in 1732 and ended in 1736; it is an excellent example of baroque architecture. The result is a blend between the typical architecture of the central zone of Navarre, where stonework predominates, and that of La Ribera (in the south of the region), where brick is commonly used.

The building has a rectangular ground plan and the façades are in the Churrigueresque style. The niche of one of them holds an image of San Fermín, the patron saint of the diocese.

The Cathedral of Pamplona & Hemingway

At one point in the novel ‘The Sun Also Rises / Fiesta’, the protagonist, Jake Barnes, after taking a walk through Pamplona, comes across the cathedral. “At the end of the street I saw the cathedral and walked up toward it. The first time I ever saw it I thought the façade was ugly but I liked it now”.
He feels attracted to it: “I went inside. It was dim and dark and the pillars went high up, and there were people praying, and it smelt of incense, and there were some wonderful big windows. I knelt and started to pray and prayed for everybody I thought of, Brett and Mike and Bill and Robert Cohn and myself, and all the bull-fighters, separately for the ones I liked, and lumping all the rest, then I prayed for myself again […]”.

The current Santa María’s Cathedral of Pamplona is a Gothic temple that was built following the collapsing of the Romanesque cathedral in the year 1389. The Cloister is the gem of the Cathedral of Pamplona, and one of the pinnacles of Gothic style. The “ugly” façade mentioned by Hemingway in ‘The Sun Also Rises’ is in Neoclassical style, and was erected between 1784 and 1800.

Pamplona is the Way 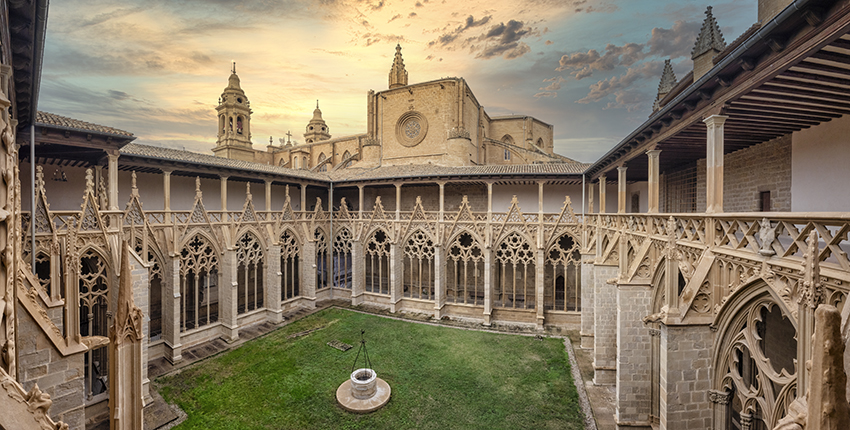 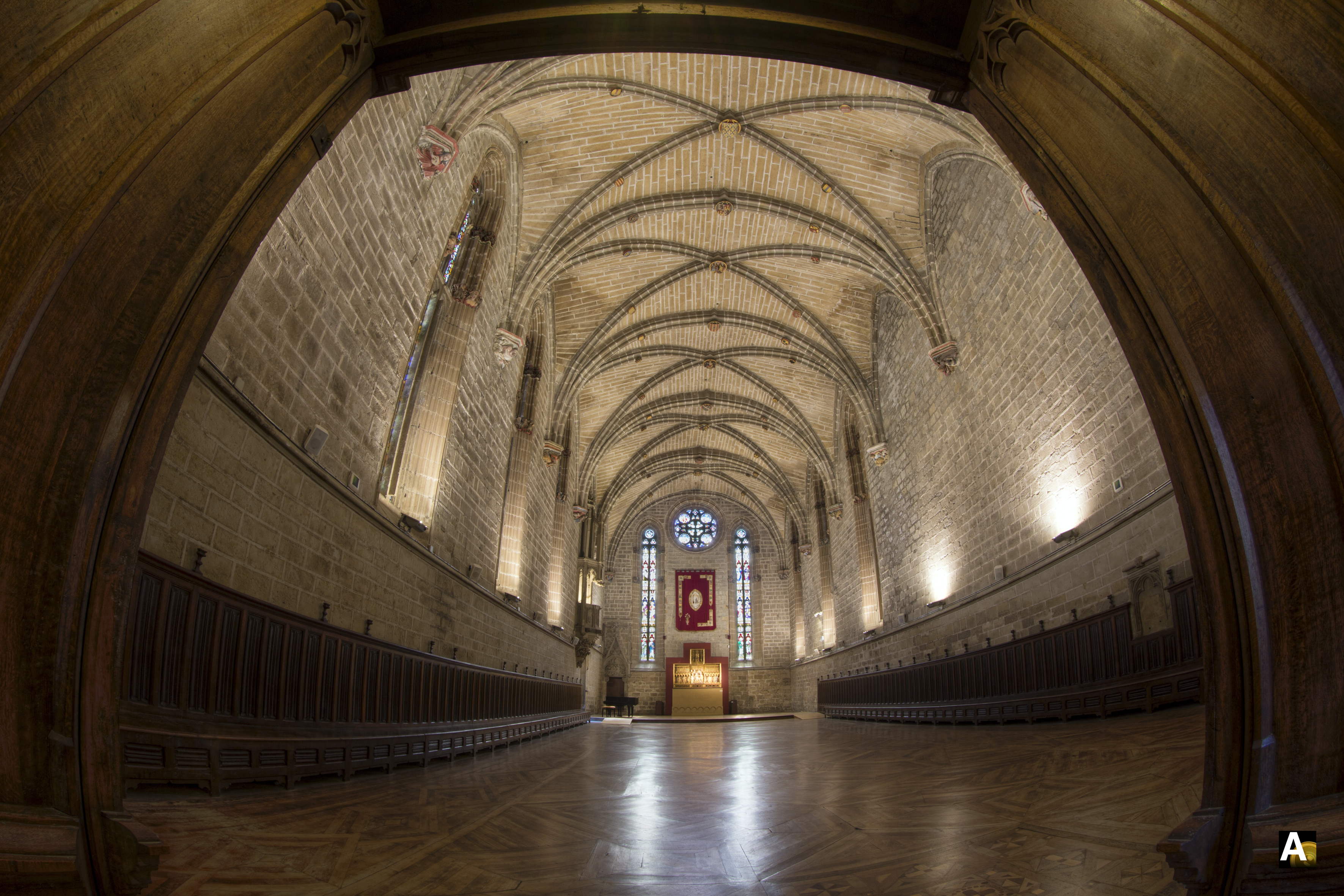 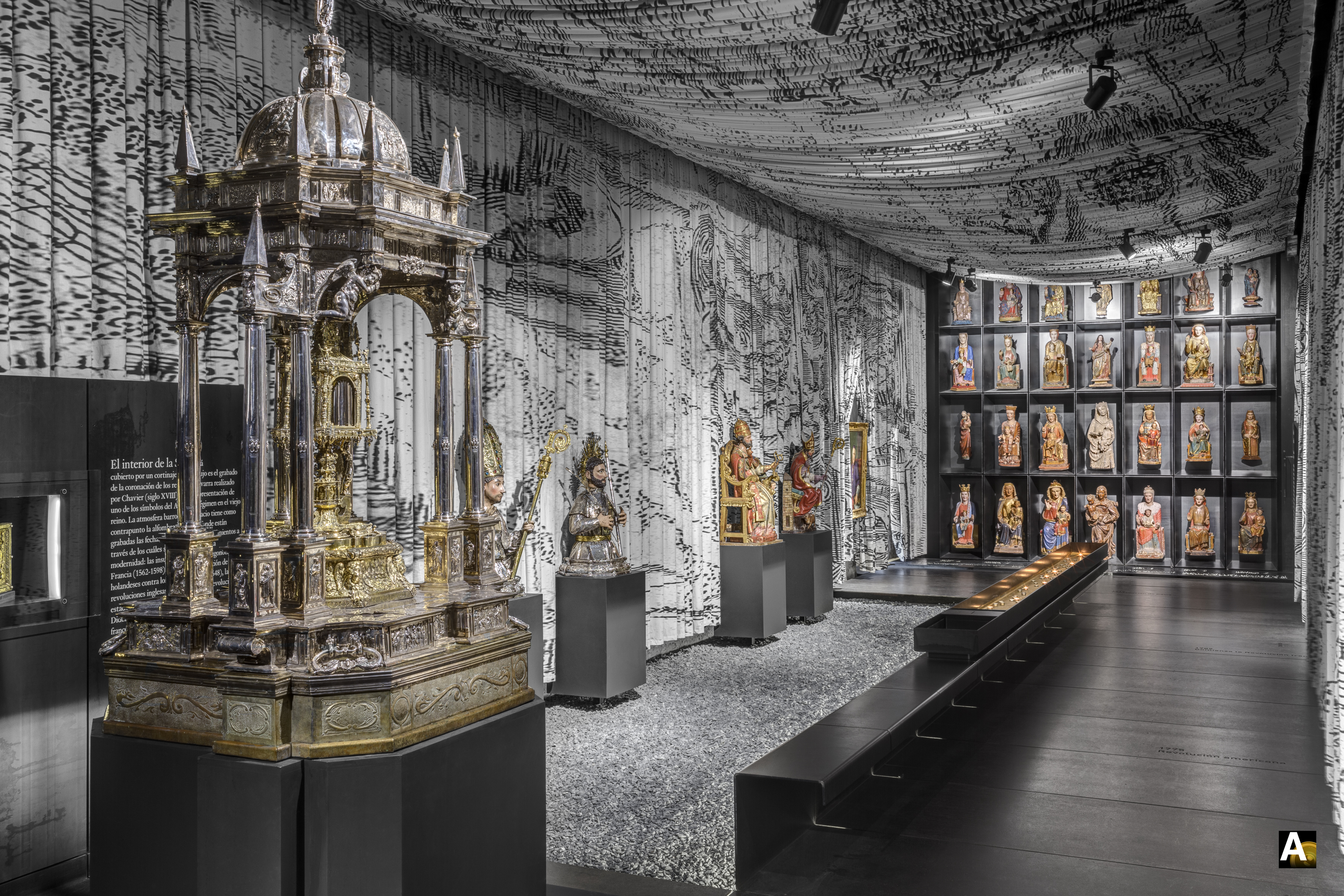