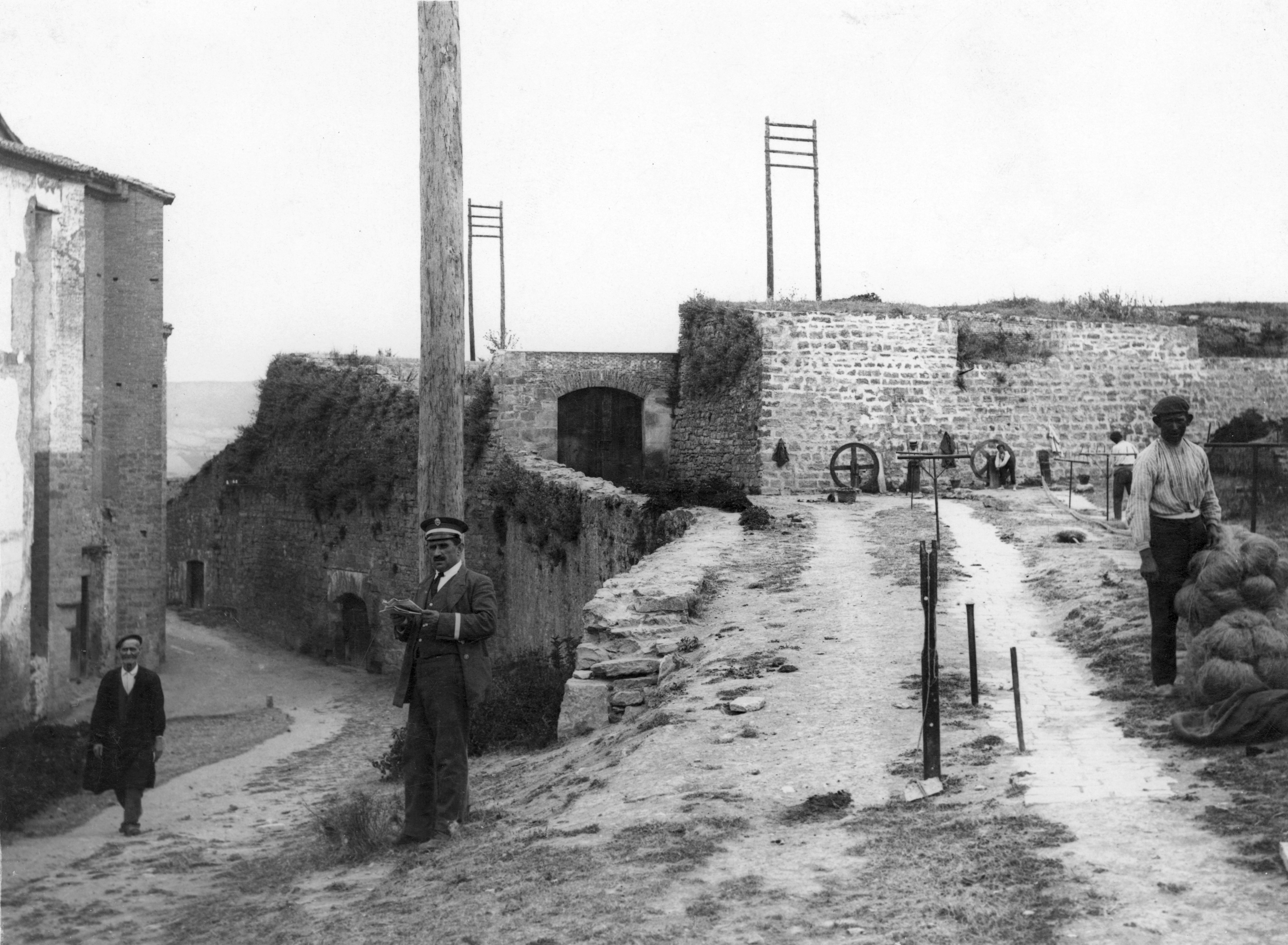 It did not receive the name “Bastion of Labrit” until after it was built. It may have been given the name because Juan de Labrit, the last monarch of sovereign Navarre, with its capital in Pamplona, fled through this gate in the face of the imminent arrival of the invading troops in July 1512. Barely four months later, he tried to retake the city, besieging it and trying to break in at the same point.

This door is the entrance to a tunnel through the wall to reach the Mill of Caparroso, on the banks of the River Arga, quickly. The bastion also served the fundamental mission of watching over the mill below.

The statue in the niche above the gate is a stone reproduction of Santa María la Real of Pamplona. The image received this name (Saint Mary the Royal of Pamplona) in 1946 following its canonical coronation, which observed the ceremony used in centuries past for the monarchs of Navarre.

In the Kingdom of Navarre, the monarchs, before being crowned, had to swear to respect, defend and even improve the Charter of Navarre. Only then would they receive the oath of allegiance from their subjects and be crowned, being lifted on a shield to the cry of “Royal! Royal! Royal!”. The people swore loyalty to the monarch, but their allegiance depended on the respect the monarch showed for the Charter of Navarre, which embodied the freedom and independence of this historical kingdom.

This gate is the entrance to a tunnel that crosses the walls to quickly access the Caparroso mill, which is on the banks of the river Arga.

The location of this bastion is not accidental; in addition to the military functions of any bastion, it fulfilled the fundamental mission of guarding and protecting the said mill: it acts as a "knight" or fort overlooking it.

The Navarrería War (1276) and the entry of the invading troops of the Duke of Alba (1512) are two historical events that demonstrated the importance of defending the mills.

In this same area of the Labrit Bastion we find the popular “Jito Alai” fronton (that of the gypsies) and the professional pelota court: Labrit Fronton, the so-called “cathedral” of pelota. Both remind us that it is in this land where we have turned the ball game into a tradition, and where we have made it international under the name of “pelota vasca”.

The stone monolith at the beginning of the stairs and access ramp to the “ronda” is the reproduction of a funerary stele from Roman times that was discovered in Navarrería street. In it appear we find, for the first time in writing in the history of the city, women's names from the 2nd century: Antonia, Stratia, Festa and Rustica.