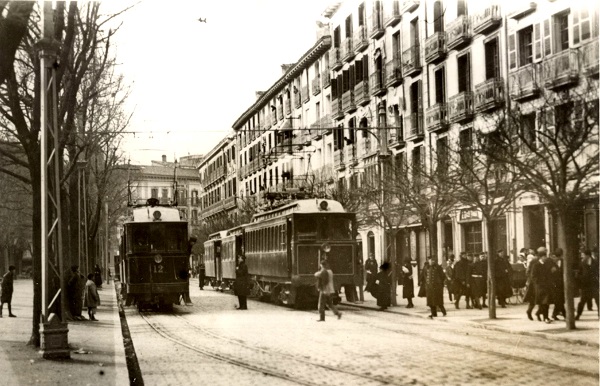 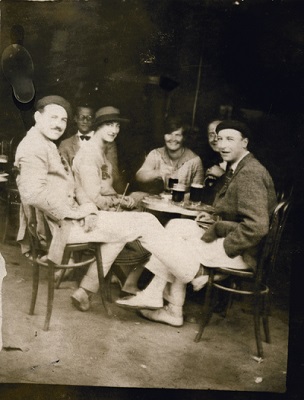 1925 is the year Hemingway makes the decision that would change his life. The San Fermín festival that year offered him a series of intertwined stories and characters that lead to his writing his first great novel "The Sun Also Rises”. 1925 also marks Hemingway's point of no return. That year the group of friends made a detailed feature of the San Fermín festival: giants, big-heads, people, “zaldikos”, running, bulls, “peñas”, streets, squares and all their day trips across the Pamplona region.

A detailed album of memories that were also reflected in the pages of 'The Sun Also Rises'. It looks as if the photographs they took in Pamplona made it possible to capture the instants featured in the novel. Hemingway knew that a part of his happiness resided in this small town.

After the Sanfermines of 1925, Ernest Hemingway set out to write a new novel. It took him two months to complete the first draft of "The Sun Also Rises". Between 13 July and 15 September 1925 he finished it during his trips to Madrid, Valencia, Donostia-San Sebastián, Hendaye and Paris. In 'Paris was a party', Hemingway explains that he travelled with his wife Hadley to Schruns (Austria) to write the first half of the manuscript. After consulting with his friend and fellow writer Scott Fitzgerald, he finished the novel in January 1926 and flew to New York to show it to the publisher. Back in Schruns, he finished reviewing the book, which he delivered in April 1926. Scribner’s Publishing House published the novel on 22 October 1926. It was an instant hit in the American cultural world. In addition to putting Pamplona in the map of world literature, ‘The Sun Also Rises’ marks a turning point in Anglo-Saxon literature, with its plain and direct language and its quick, detailed and almost pictorial descriptions.

7,000 copies sold in just two months, and the book was reprinted eight times in two years. In December 1927 the novel was first published in the United Kingdom under the title 'Fiesta'. The novel was issued for the first time in Spanish in Argentina in 1944 by publisher Santiago Rueda. Ernest Hemingway became one of the best-known writer-journalists of his time. However, he knew how to maintain faithful friends throughout his life. One of them was Juanito Quintana, the owner of the Quintana hotel (Montoya Hotel in the novel), whom he sent a copy of 'The Sun Also Rises' to asking for his forgiveness if he felt offended by his alter ego in the novel. Juanito responded with the same affection and with enormous gratitude.

WHO IS WHO IN "THE SUN ALSO RISES" 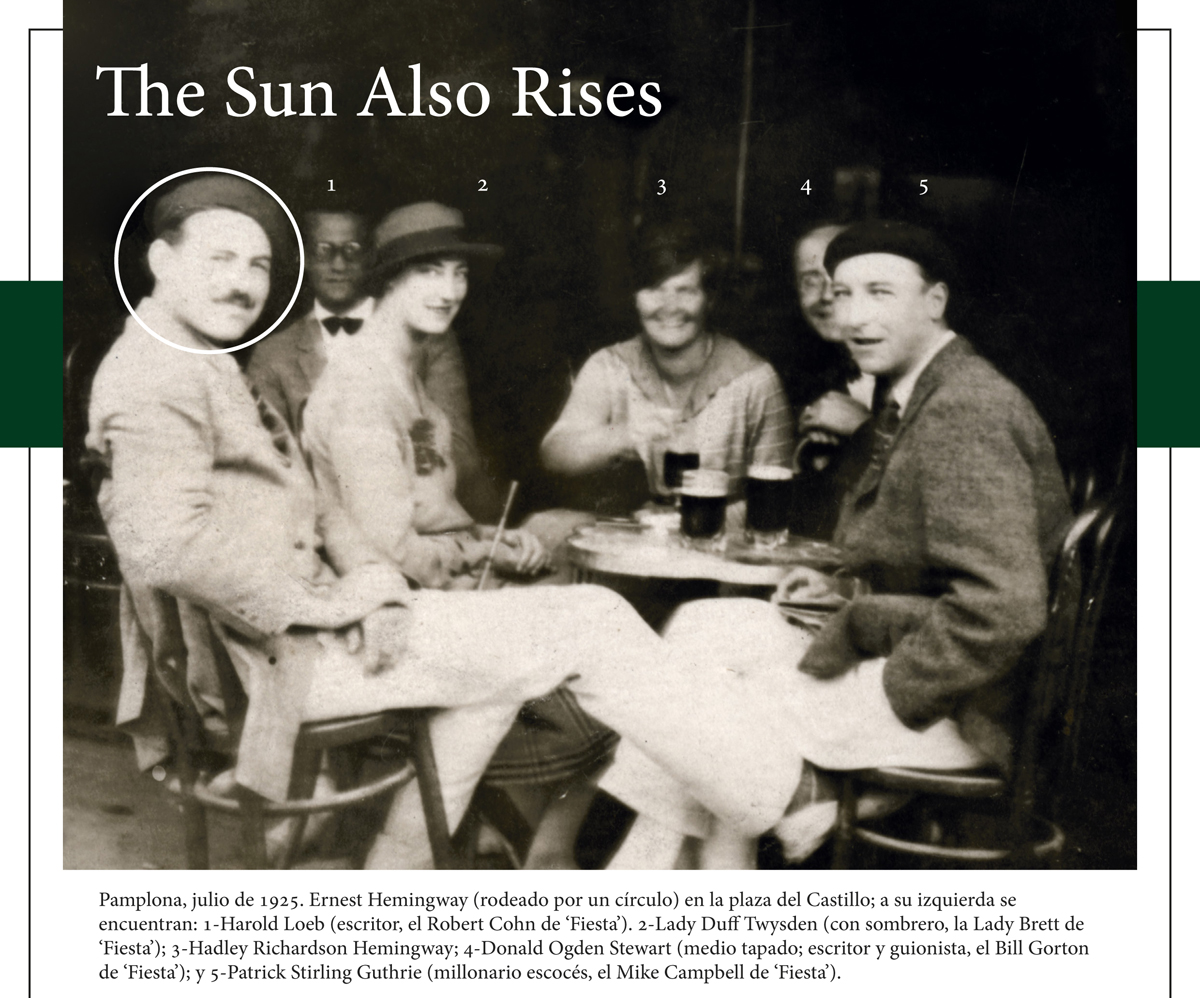 A childhood friend of Ernest Hemingway’s. In 1925 he lived in Paris (where he made his first steps as a writer) and was part of the legendary group that travelled to Pamplona for those Sanfermines. His personality also helped create the character of Bill Gorton in the novel 'Fiesta'; the one who, travelling on the bus from Pamplona to Burguete, says “these Basques are great people”. He returned to the United States, accompanying Harold Loeb, who hired him to write government speeches, eventually doing so for US President Harry Truman (1945-1953).

Born in Scotland, his father Walter Murray Guthrie was a banker and a politician, and his mother was said to possess a great fortune. Married and later divorced, he met Lady Twysden in Biarritz, when she too had just divorced. Their relationship became one of the great ‘love affairs’ of Montparnasse at that time. They never got married. He was part of the group of friends that arrived in Pamplona in 1925 and that Hemingway depicted in ‘Fiesta’, where his character took on the name of Mike Campbell. Always with money problems and also with drinking issued, he killed himself in 1932.

30 November 1894 – 2 August 1980. Born in Colombus, Ohio, he is one of the models Hemingway used to create the character of Bill Gorton in the novel 'Fiesta'. He met Hemingway in a restaurant in Saint-Louis and their paths crossed again in Paris in 1924. He was in Pamplona together with Hemingway in 1924 and 1925. At that time Stewart was one of the most fashionable satirical writers in the United States. In 1941 he was awarded the Oscar for best adapted screenplay for the film "Philadelphia story". An advocate for civil rights, with the onset of McCarthyism his name was put in The Black List. In 1951 he exiled himself in London, where he died in 1980.

24 May 1891 – 27 June 1938. A well-known personality in British high society at the time, she has gone down in history as the model for the character of Brett Ashley in the novel ‘Fiesta. The Sun Also Rises', forming part of the bunch of friends who went with Hemingway to Pamplona in 1925. Married three times, her second husband was the tenth Baron of Twysden, for which reason she went on to receive the treatment of Lady Twysden. She died in 1938, at the age of forty-five, of tuberculosis.

1891–1974. Born in New York to a Jewish family, his mother, Rose, was related to the Guggenheims (Peggy Guggenheim, the museum promoter, was his cousin) and his father was a very affluent banker. He was an important figure of the arts during the 1920s in the Parisian environment of American expatriates, where he met and hung out with Hemingway, with whom he travelled to Pamplona in 1925 – as well as with his then partner Lady Twysden. Harold Loeb gave life to the character of Robert Cohn in the novel ‘Fiesta’. A writer and a publisher, he also published the work of other important authors including John Dos Passos. Married three times and divorced as many times, Harold Albert Loeb died in Marrakech in 1974.