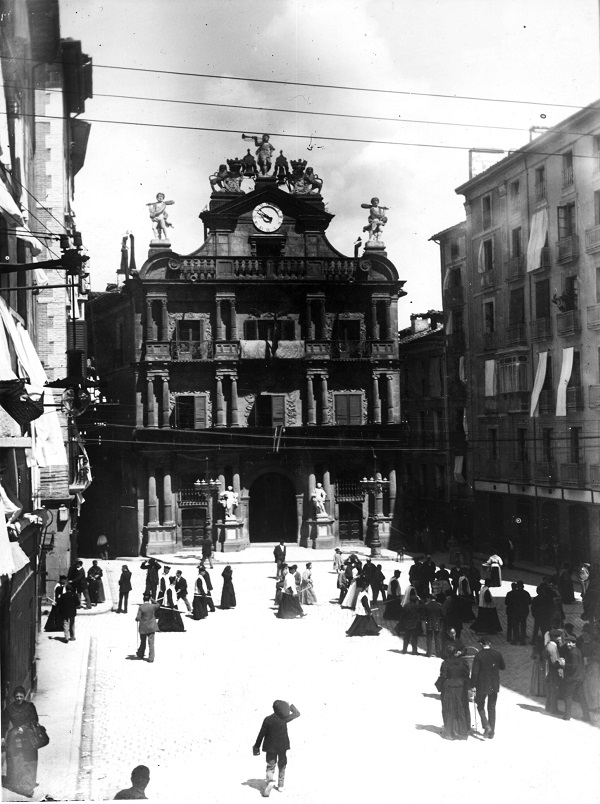 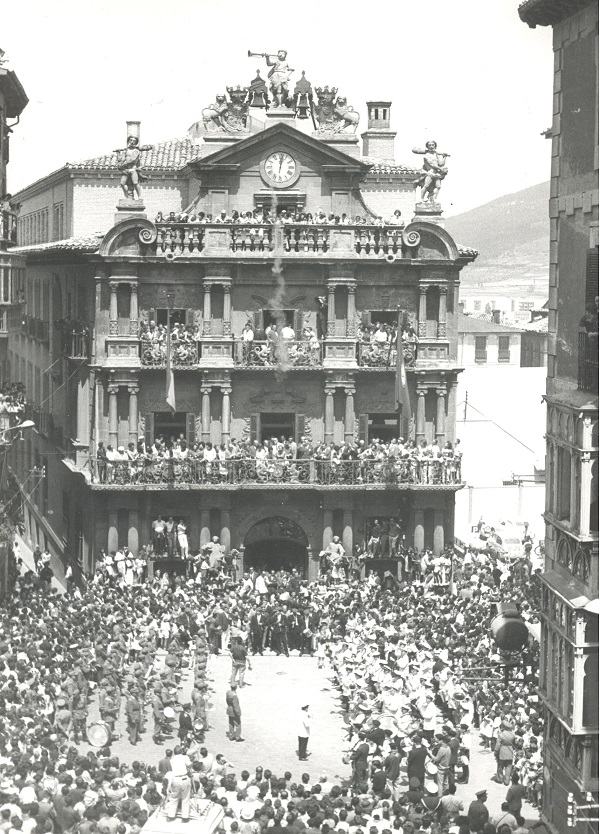 The Privilegio de la Unión (Privilege of the Union) charter that united the three historical boroughs of the city established that this would be the site on which the city hall of the new, unified city would be built.

The origin of the building dates to 1423, when king Carlos III had it built on the very spot where the three medieval town converged. It was then renovated between 1753 and 1759, under a project by master Juan Miguel de Goyeneta. The façade was designed by José Zay y Lorda, and the sculptures were made by José Jiménez. There are two allegories over the main entrance: Prudence and Justice. At the top of the building are two figures of Hercules, symbolising civic virtues, and right at the top is the allegory of Fame, which announces the start of the city’s festivities. The current façade combines late Baroque and Neoclassical styles (18th century), although the rest of the building was rebuilt in the 20th century.

Every year on July 6th a ceremonial rocket (‘el Chupinazo’) is launched here to announce the start of the fiesta of San Fermín.

Jake Barnes, the main character from the novel ‘The Sun Also Rises/Fiesta’, is strolling around the city on the first day of his stay in Pamplona. “I went to the Ayuntamiento and found the old gentleman who subscribes for the bull-fight tickets for me every year […]. He was the archivist […] his office had a green baize door and a big wooden door, and when I went out I left him sitting among the archives that covered all the walls, and I shut both the doors […]”.

The current Ayuntamiento – City Hall, was inaugurated in 1953 (although the Baroque façade from the previous building dating to 1760 was maintained) and was erected over the site where the first town hall was constructed to symbolise the union of the three previous towns Pamplona was divided into (Navarrería, San Cernin and San Nicolás) and that until 1423 were immersed in continuous fights and blood-shedding disputes. The three towns settled their differences following the “Privilegio de la Unión” decree issued in 1423 by king Carlos III, the Noble. This agreement between the conflicting towns was reflected in the construction of one single Hall on a site that did not belong to any of the former towns, being actually the divide separating them.

VIRTUAL VISIT TO THE CONSISTORY