Art on the French Way

As far as art is concerned, the importance of the Way of Saint James is unquestionable. The Jacobean route helped disseminate new aesthetic ideas, shapes, styles, knowledge, and promoted the coming and going of architects, stonemasons, sculptors, plasterers, carpenters, masonry makers, fresco-painters, illuminators and any any other imaginable professional occupations. This is how Romanesque and Gothic became international artistic styles with a certain homogeneity throughout Europe. Although variants and particularities developed in each territory, as a whole and for the first time since the decline of the Roman Empire, an artistic cohesion permeated Europe once again.

The result was the emergence of an extensive historical and artistic heritage giving shape to the visual culture of the Middle Ages on a religious and civil level, as well as the development of numerous civil and military engineering works. Many of the monuments and works of art that have survived to date are visited by pilgrims as they complete the stages of the Camino. The artistic legacy of the Way of Saint James is, in short, one of the identity signs shared across our continent.

ART AND HISTORY IN PAMPLONA

All of the above crystallizes in Pamplona: as early as in the 11th century, when the pilgrimage to Santiago began to gain importance, new settlers came to the city from the south of France and Normandy.

Initially they did not mix with native locals of the Navarrería, but founded new “burgos” instead: San Saturnino or San Cernin.

They brought with them their language (Occitan), their crafts, their trading skills, their devotion to their own patron (Saint-Sernin) and their architectural traditions. They received royal protection, as the king granted them privileges such as the exclusive right to sell bread and wine to pilgrims, while the “burgo” of Navarrería remained under the rule of the bishop.

Shortly after, and due to the economic boost caused by the Way of Saint James, a third “burgo” called of San Nicolás was established, with the same structure based on the French “bastides” as that of San Cernin.

This resulted in three separate townships, each with their own laws and administrative organization and surrounded by defensive walls, leading to the taking up of arms on several occasions and fighting one another in bloody wars to assess which “burgo” was more powerful.
More information about the fascinating medieval history of Pamplona and the routes to Santiago can be obtained by visiting Ultreia, the Interpretation Center of the Way of Saint James. It is located on Pamplona’s Calle Mayor, on the Camino.

It is an exhibition space developed under the European Jacobaccess project, whose primary purpose is to make the Camino easier for anyone willing to do it and to turn all available resources into accessible services. It also offers practical and updated information to pilgrims, such as opening times of hostels, special menus and monuments.

The name Ultreia was chosen as it is the greeting of encouragement used by pilgrims in past centuries. The reply was “et Suseia!”. “Ultreia!” means "Forward!” or “Go further ahead!" in Latin, while the answer “et Suseia!” means "We go higher!". 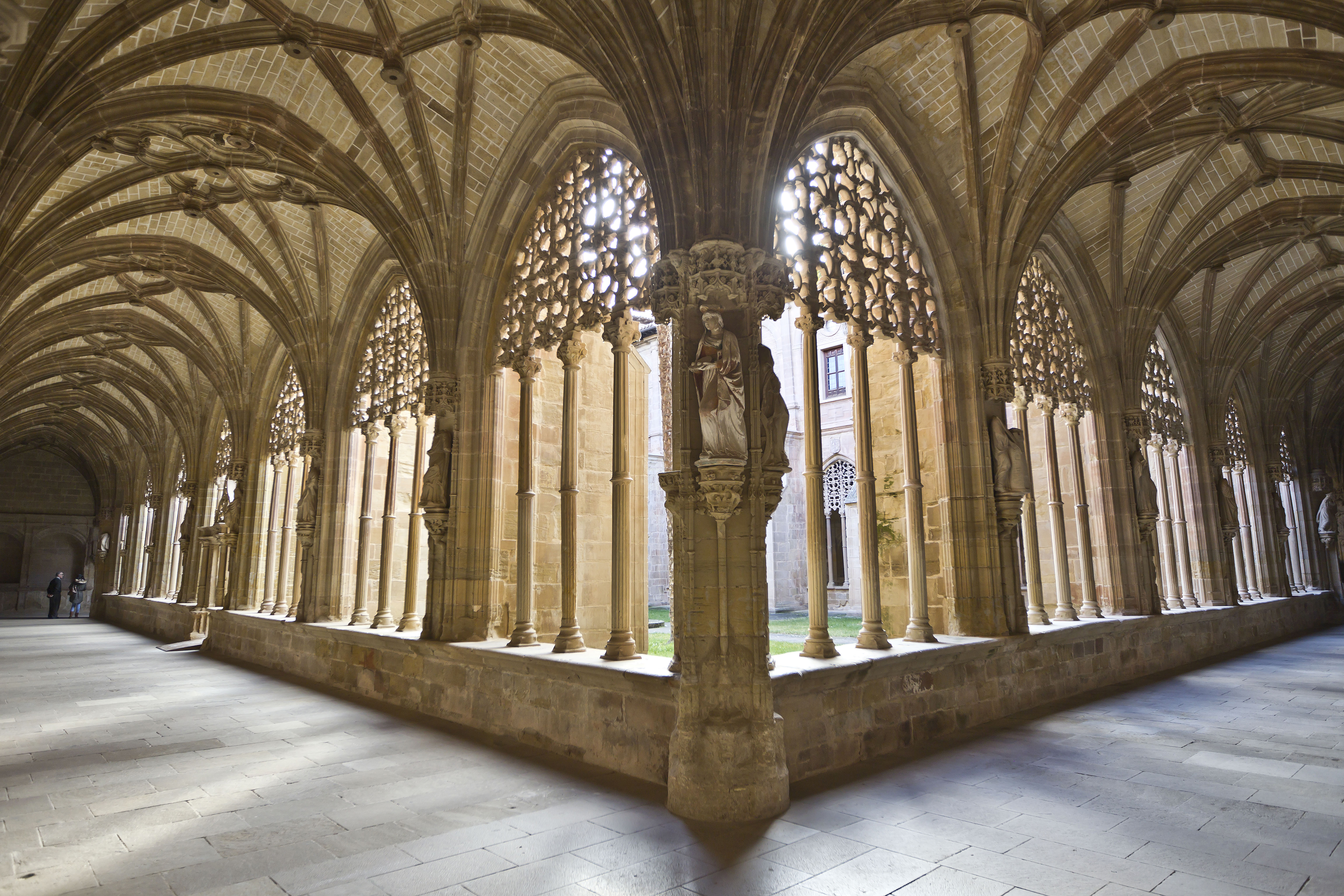 Discover the "Essential" monuments you should not miss on the Camino. Click on the name of each region and access the information on monuments that can be visited.
Information available in the "Hitos del Camino" brochure.