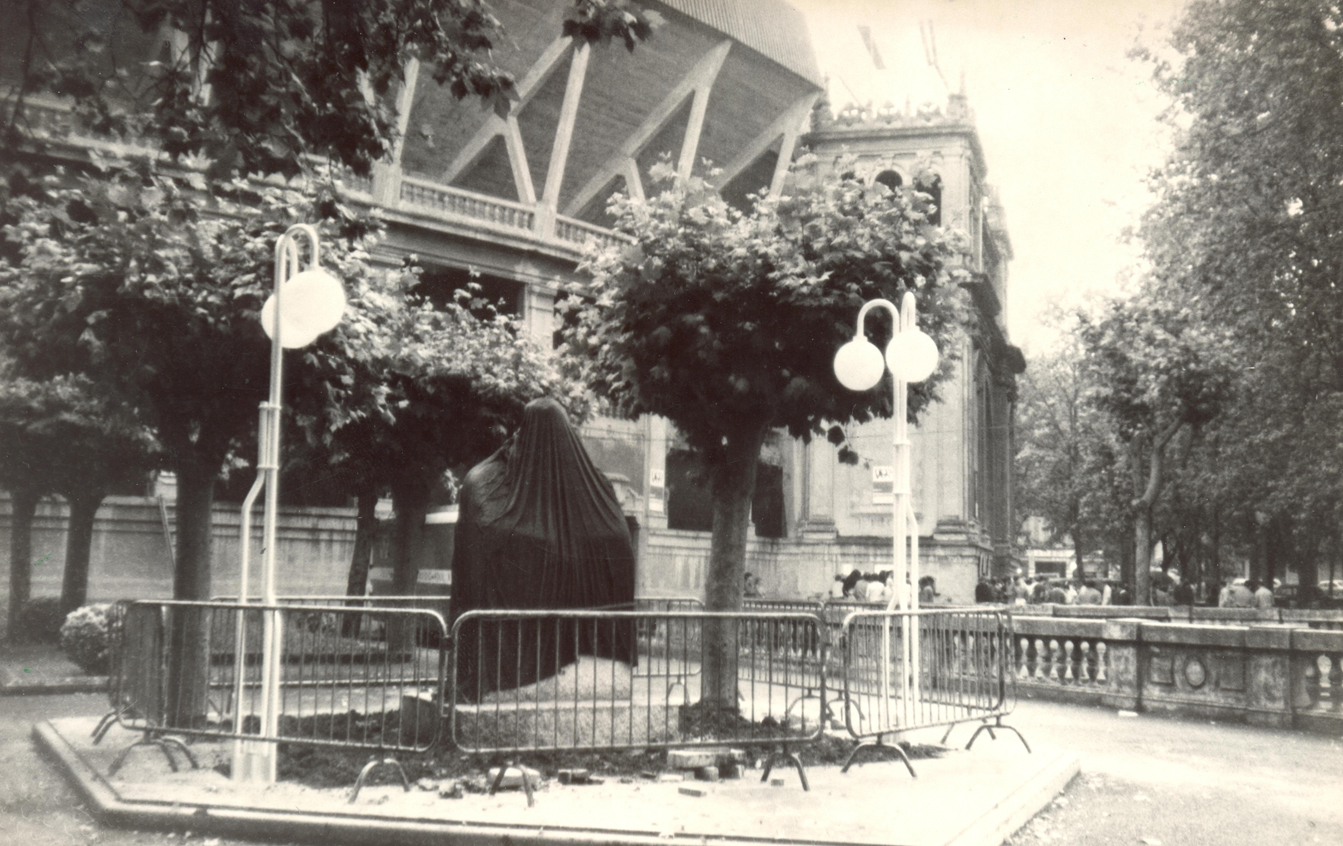 Pamplona never had a nice gesture with Hemingway while he was alive. Perhaps because of his clear position in favour of the Republic and against fascism.

After his death, in 1966 the City Council awarded him the city’s “Neckerchief of Honour”. Hemingway’s sculpture was inaugurated on Hemingway’s promenade near the bull ring on the 6th of July 1968 at 1pm. The event was attended by his widow and fourth wife, Mary Welsh, with whom he had enjoyed the Sanfermines of 1953 and 1959, and a short visit in September 1956.

“People loved him because he became one of them. People still love him. Ernesto was always young” Mary Welsh explained excitedly on the day she participated in the inauguration of the sculpture honouring Ernest Hemingway in Pamplona.