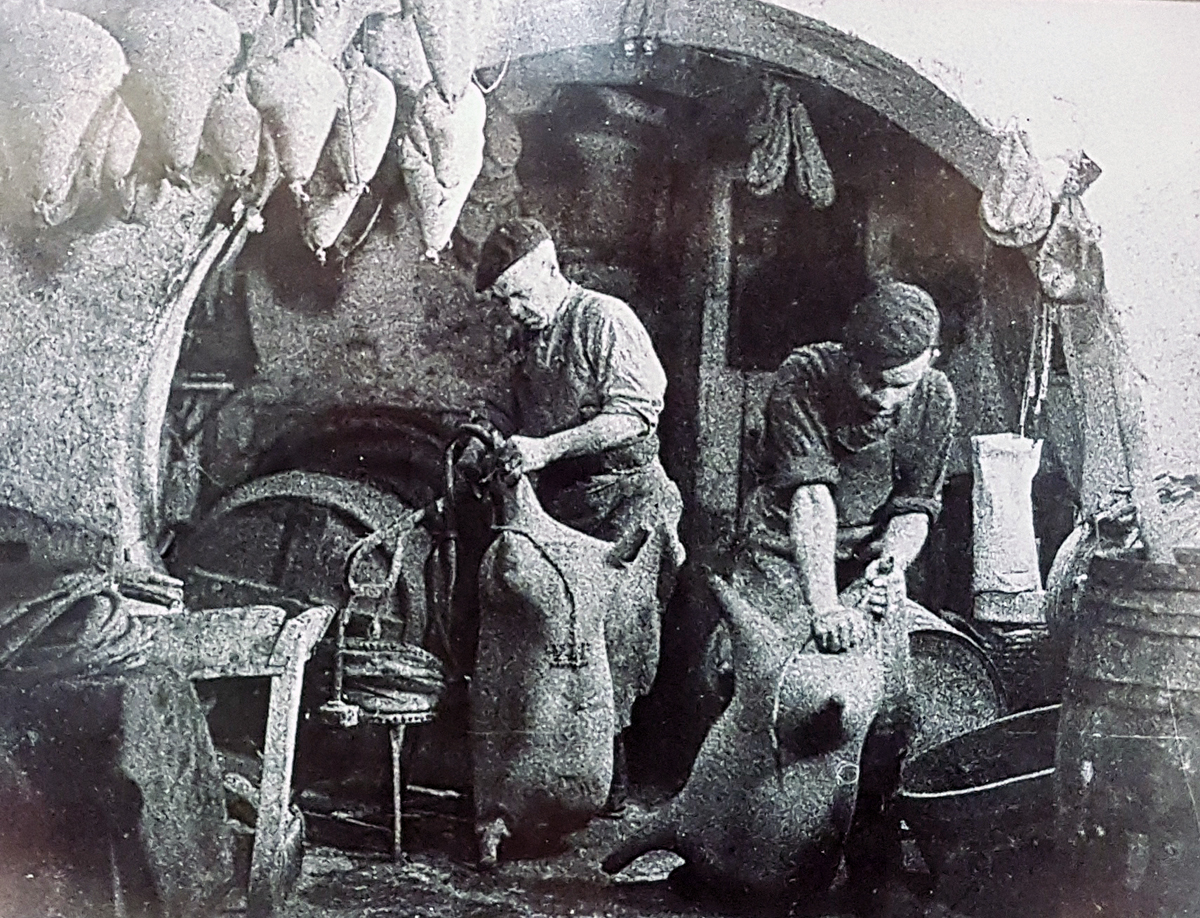 Hemingway observed the San Fermín festival of 1923 very thoroughly. This becomes evident in one of the paragraphs collected in the newspaper 'Toronto Star Weekly' in which he explains the arrival of the running of the bulls to the bullring where he sees a "young man, with a blue shirt, a red sash, white espadrilles and a wine-skin over his shoulder, an indispensable accessory ”.

The wine-skin or “bota” was so indispensable for Hemingway in his visits to Pamplona that it appears in the novel 'The Sun Also Rises / Fiesta': “Outside in the street I went down the street looking for the shop that made leather wine-bottles. I walked as far as the church [of San Nicolás], looking on both sides of the street. Then I asked a man and he took me by the arm and led me to it. […] Inside it smelled of fresh tanned leather and hot tar. A man was stencilling completed wine-skins. They hung from the roof in bunches”.

Jake Barnes, the main character of the novel and Ernest Hemingway's alter ego, paid eight pesetas of the time for two “botas”, each bigger than the other. At that time, the only wine-skin factory and store in the centre of Pamplona was “Las Tres ZZZ”.

The origin of the company goes back to the last third of the 19th century, more precisely in 1873, when Gregorio Pérez arrived in Pamplona coming from Almudévar (Huesca). A famous wine-skin maker, Eusebio Iglesias, a Navarrese and a reputed expert in the trade as well as the owner of a “bota” shop, proposes him to become partners and jointly manufacture the “botas” that made them world famous. Until the beginning of the 20th century they shared their know-how and brand, but in 1902 Pérez bought his share from Iglesias and following the birth on 1 February 1916 of his girl triplets (an extraordinary feat for the time being) he decided to change the name to “Las Tres ZZZ” in remembrance of his three daughters or “zagalas”. They are considered the best wine-skins in the world.