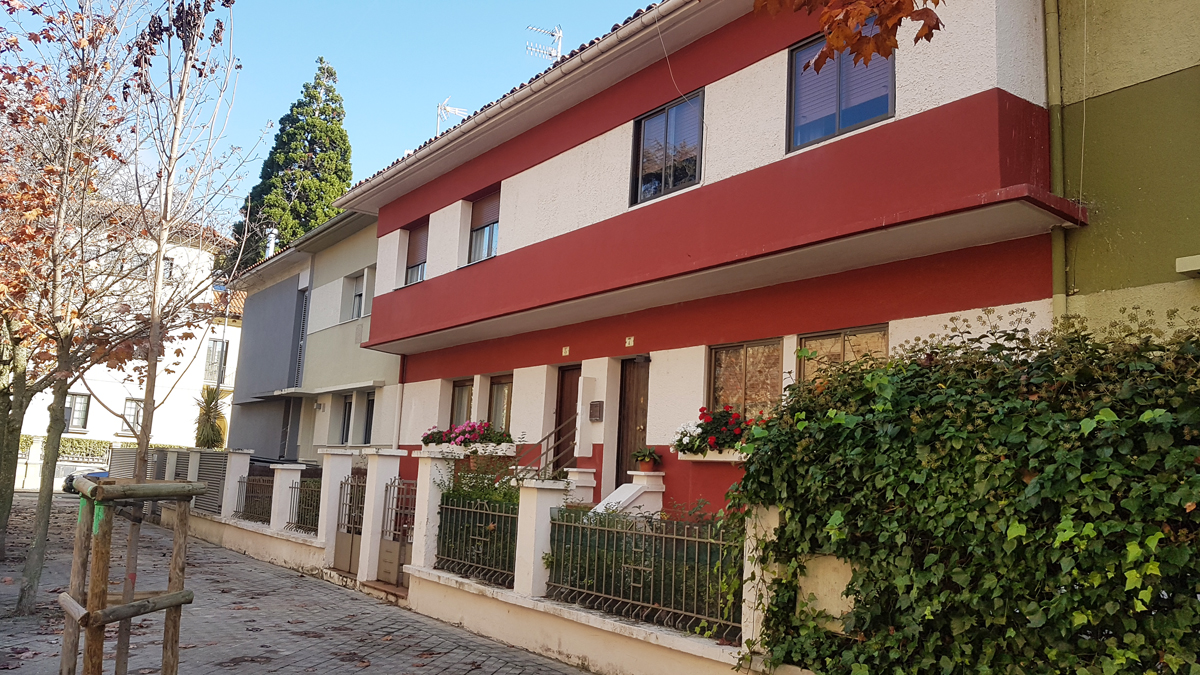 Mary Welsh, Ernest Hemingway's wife, explains in the book 'How It Was' that she and Annie Davis rented for the 1959 Sanfermines the rooms of a semi-detached house at number 7, San Fermin street, which she calls "our little house".

In this house Leontxi Arrieta’s memory is still intact. Still in 2018, being 87 years old, Leontxi remembers that the guests came to them through the Guerendiáin sisters, owners of the Hostal del Rey Noble restaurant, better known as ‘Las Pocholas’. Hemingway and his wife used to frequent the restaurant: “They asked for a private house to stay for the Sanfermines in 1959,” Leontxi recalls. They tried to go as unnoticed as possible and wanted to have moments of rest. They rented us the three rooms on the upper floor: one for a married couple who accompanied them, another for them and the third they made us empty it and leave only a table and an armchair. In it, Hemingway used to write. One day, my sister went up to the work room to bring some tea and when she entered, she discovered Hemingway naked…”.

This surprise was a terrible feat, being Pamplona in 1959, but what the Arrieta sisters did not know is that Hemingway used to write on his feet and almost naked, with only a pair of shorts, which for Leontxi's sister was as much as going "naked". Geniuses have their peculiarities.