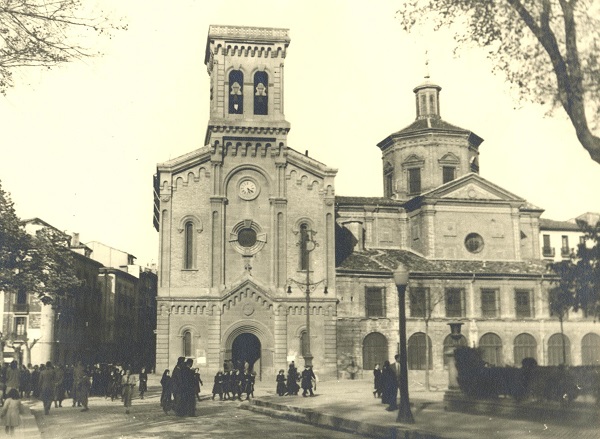 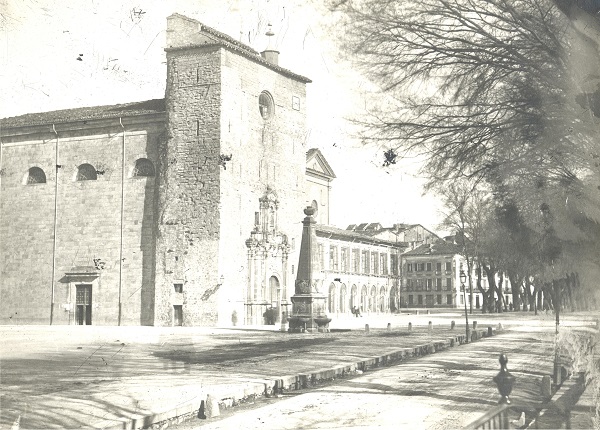 On July 7th every year a Procession in honour of San Fermín starts from this church. An effigy of the saint is kept in a chapel inside.

Replacing another baroque building, the present structure dates from 1901 and was designed by the architect Florencio Ansoleaga. The interior is in the neoclassical style.

The effigy of the saint is a carved reliquary from the 16th century. It is not known if the original was of a black-skinned saint or if San Fermín’s face simply got darker as a result of smoke from candles and the passage of time. In any case, it is certainly a moreno (dark-skinned) saint.

Chapel of San Fermin and Hemingway

“I prayed to San Fermín for you. Not that you needed it, but I went in and prayed for everybody”. Ernest Hemingway expresses himself this forcefully in a letter he sent to his friend Ezra Pound from Auritz-Burguete on 19 July 1924.

Hemingway considered himself a Catholic. He left instances of this in several novels. In ‘The Sun Also Rises / Fiesta’ the male and female protagonists go to the chapel of San Fermín to have a few moments of recollection: “Is that San Fermín’s?, said Brett. Let's go in. Do you mind? We went in through the heavy leather door that moved very lightly. It was dark inside. Many people were praying. […] We knelt at one of the long wooden benches”.

The Chapel of San Fermín is located in the church of San Lorenzo. It was built between 1696 and 1717. The chapel, with a Neoclassical air, stands as you enter to the right, and on the altar, you will find the much-venerated image of the Saint, a half-length sculpture made of polychrome silver-trimmed wood from the late 15th century. The carving was placed there on 6 July 1717, and since then, it only leaves the Chapel every 7 July for the main Procession.