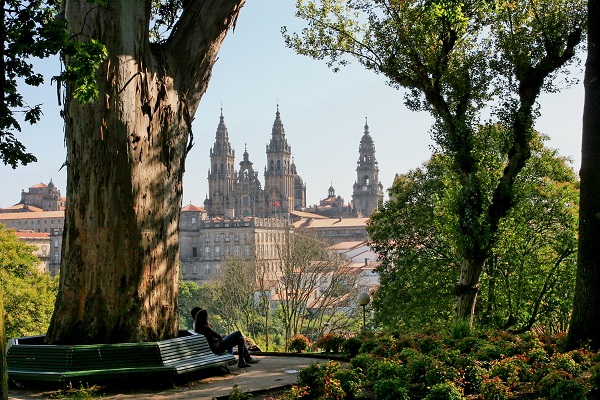 Picture courtesy of the Tourist Office of Santiago de Compostela

Capital of Galicia, it was declared a World Heritage Site for the beauty and conservation of its monuments and for being the end point of the Way of Saint James, the thousand-year-old pilgrimage route that since the 9th century turned this town into the capital of faith and Western thinking.

It stands amidst the green forests of the Spanish Northwest and Galician “rías” (estuaries). Initially it was a place of passage along a Roman road, but the discovery of the tomb of the Apostle Santiago at the beginning of the 9th century gave rise to a place of worship. A Romanesque cathedral emerged, to which Renaissance and Baroque elements were subsequently added. In addition, it is home to beautiful monasteries, pilgrim hospitals, churches and stately homes.

The fact of being the last city on the Camino makes hospitality the prevailing characteristic of the city.