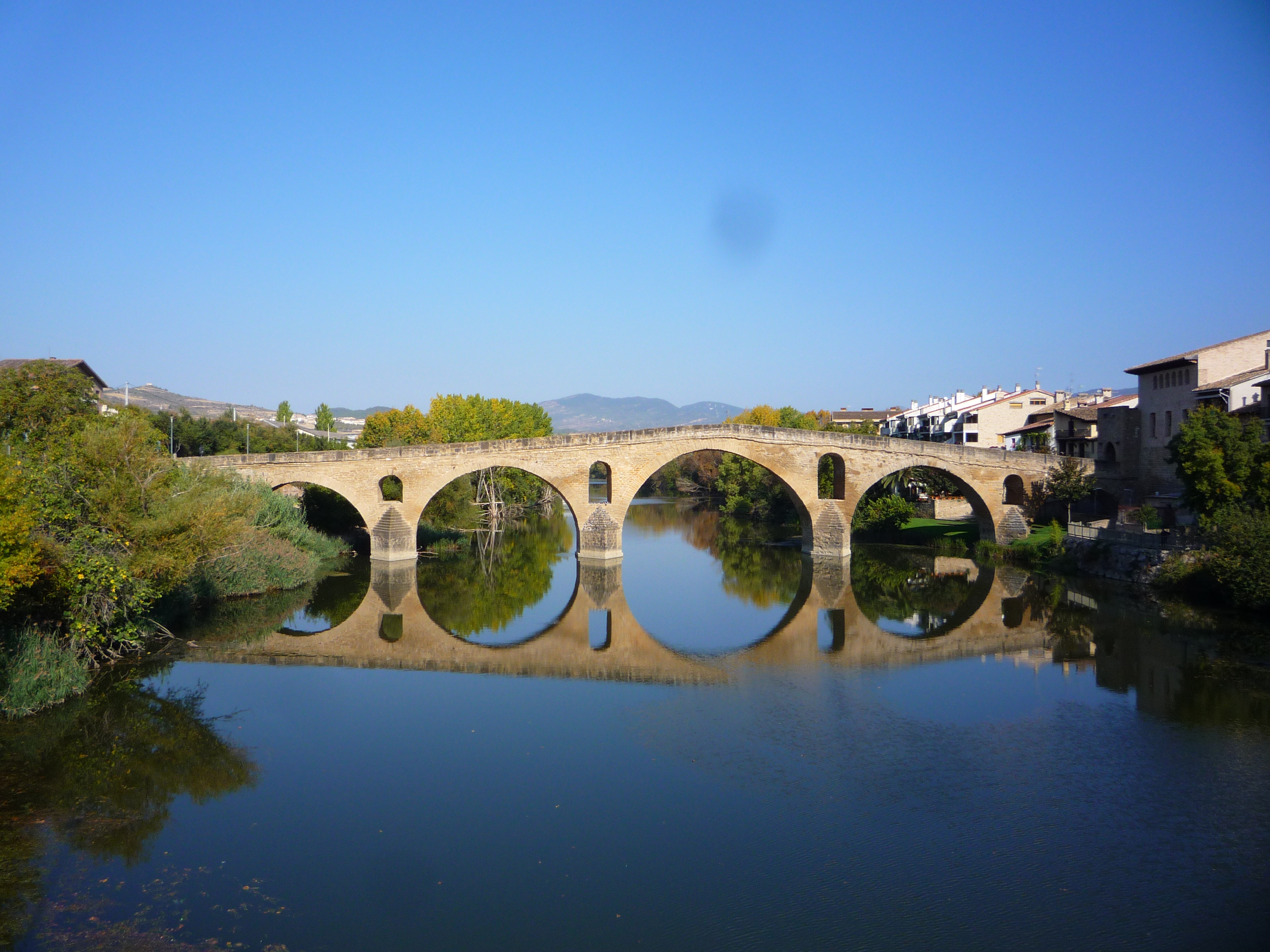 Puente la Reina is an important crossroads where the two branches of the French Way merge: the one coming from Roncesvalles and the one coming from Somport. This makes it one of the towns with the greatest “Compostelan” spirit in Navarre. The main street is dotted with interesting monuments erected over time as a reflection of the strength the locality has won thanks to the passage of thousands and thousands of pilgrims over a millennium. Manor houses, churches, convents, two medieval bridges and interesting gastronomic proposals are the great attractions that this historic enclave has to offer.

LEGENDS OF THE WAY:

Church of San Miguel (Olcoz) and Church of Santa María of Eunate (Muruzábal): soon after the building work of Eunate began, the master stonemason commissioned to do the job had to leave the site before completing the main doorway. The friars then resorted to an old local stonemason, who – legend has it, was a true “jentilak” (a creature from Basque mythology with amazing faculties and superhuman strength), who finished the task quickly and perfectly – in three days. When the first stonemason returned, he complained about this intrusion. The abbot called upon him to erect another arcade under the same conditions and deadline.

The master stonemason realized this was impossible and wandered desperately looking for a solution, until he found a young witch who lived by the spring of the nearby river Nekeas. She offered him her help, saying: “You must wait for Bonfire Night. A serpent will come to bathe in the river. Before diving in, he will carefully leave on the shore a moonstone that he always keeps in his mouth. You have to take the stone and place it in a golden cup filled with river water. When the moon rises, the light reflected in the water in the chalice will work the wonder, helping you to reproduce the characters of the stone to imitate in your new work ".

The master builder did as he was told and with a minimum help from his tools built a new arcade similar to the existing one, but in reverse, as if it were a reflection. When the stonemason saw the replica as he passed by, he angrily ripped the door off and kicked it so hard that he sent it flying to Olcoz, where it has remained to this day.