The regions through which the French Camino passes are characterized by their excellent and varied gastronomic offer, based on local products such as vegetables, meats, sausages, soups, broths and desserts. When embarking on the Camino, many wonder what the “pilgrim menu” actually means and which "culinary specialties" one must not miss on this adventure. Here you are some information about the most outstanding products and gastronomic proposals linked to the Camino that satisfy the most demanding palates.

The pilgrim menu is a gastronomic offer that can be found in establishments, inns or hostels along the Camino. Most restaurants normally offer seasonal vegetables and fruits, although gastronomy changes from one community to the next, each with their distinctive traditional dishes.

The pilgrim menu is usually very comprehensive, and includes two dishes, a drink and a dessert. The intake must provide proteins and carbohydrates to have the strength to continue the pilgrimage. The price of the menu also varies in each autonomous community, but it is usually lower than the regular set menu. To benefit from these offers, you must show your pilgrim credential, which certifies that you are actually doing the Camino.

Finally, although some catering establishments put signs indicating that they serve the pilgrim menu, it is always convenient to make sure that it complies with the above description, and that it is not just a standard set menu at a reduced price.

The gastronomic culture of the Camino has delivered typical dishes such as: “botillo”, “cecina” cured meats, garlic and bread soup, Galician broth, Batallón Pie, stews, octopuss… and a wide array of desserts. We do not mean to say that pilgrims invented these dishes, but we do claim that they certainly helped spread these delicacies. In former times, the most common dish offered to pilgrims was “sopas de ajo” (garlic and bread soup), accompanied by pork fat and wine.

The “pilgrim broth” is one of the most typical dishes of Galician gastronomy and one of the most appreciated by local and foreign pilgrims. The broth is but a type of soup or stew consisting of vegetables, beans and potatoes, seasoned with “unto” (pork fat). Sometimes it also includes meats such as chorizo, “lacón” (pork’s foreleg ham) or bacon. The most typical broth is made with cabbage or ”grelos” (turnip tops), depending on the season.

The “Tarta de Santiago” cake is a traditional dessert of Galician cuisine, specifically from Santiago de Compostela. The recipe contains mainly almonds, sugar and eggs – so it is gluten-free. This delicious almond cake is always served on July 25th, on the Feast of Saint James and Day of Galicia.

- TASTE PAMPLONA, ROUTE OF THE CAMINO

Located on the Way of Saint James, Pamplona is the first city the pilgrim encounters after Roncesvalles. The capital of Navarra offers, whether as “pincho” snacks or on a dish, its renowned and excellent vegetables, meats, cheeses and wines.

- GASTRONOMIC PASSPORT OF THE WAYS TO SANTIAGO

This gastronomic passport will help you discover the variety and quality of the dishes that you will find on this pilgrimage route, as well as the typical products in each community. Have a go at it and enter the raffle: you can win batches of products and stays! You just have to have your passport stamped at participating establishments and then submit it. Click here to download your gastronomic passport. 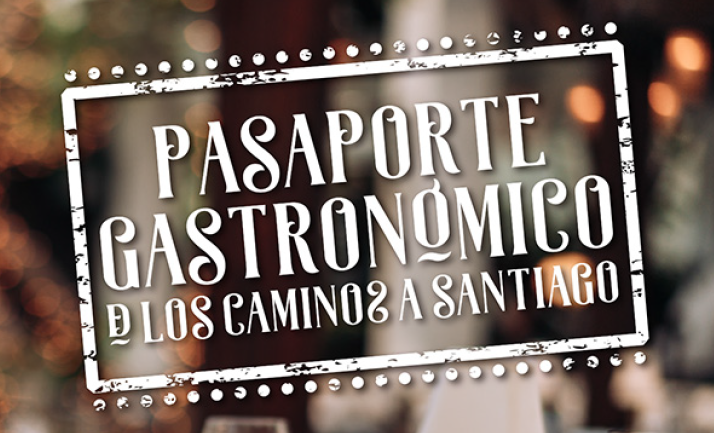 GASTRONOMY IN THE FRENCH CAMINO

THE MENU IN NAVARRE

Whether a menu, “cazuelicas” (small dishes) or “pinchos” (snacks), Navarre has plenty of top quality zero-kilometre products to whet your appetite: artichokes from Tudela, “piquillo” peppers from Lodosa (Designation of Origin), the “menestra” (mixed vegetable stew) or asparagus from Navarre (Protected Geographical Indication).

The “migas” (breadcrumb dish), the “revuelto de hongos” (scrambled eggs with wild mushrooms), the “relleno” (pork and rice white pudding) with homemade tomato sauce and the “ajoarriero” (cod stew, Hemingway's favorite treat) are other local delicacies worth the bite. As for desserts: “goxua”, “pantxineta” or milk curd with honey and sheep’s cheese. Always on the table we find Designation of Origin Navarra wines: reds, rosés and whites have won numerous awards and worldwide prestige.

If you want to have lunch or sate your appetite at the end of the evening, you can always resort to “pinchos” (snacks) or “cazuelicas” (small dishes). Each bar offers their miniature haute cuisine specialty, based on local produce. You may also indulge in the rich variety of “fritos” (fried snacks), so popular in Navarre and, more specifically, in Pamplona: pepper, ham and cheese, bronze bolete mushroom, egg, squid or Roquefort cheese are the raw materials which some of the most common “fritos” are made of. 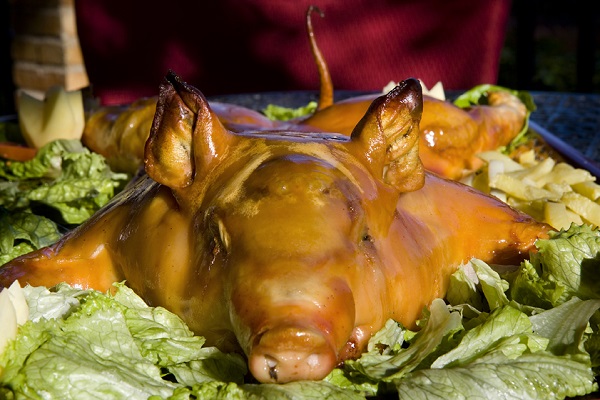 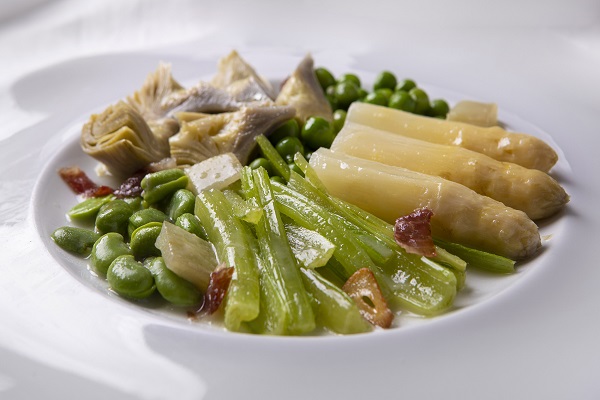 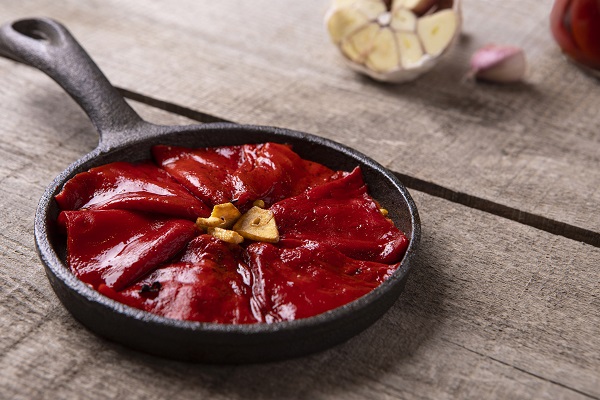 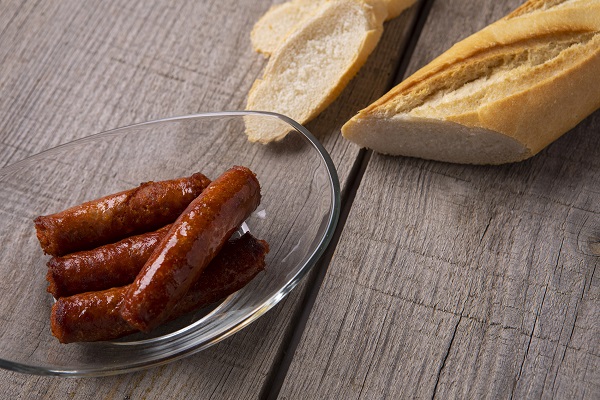 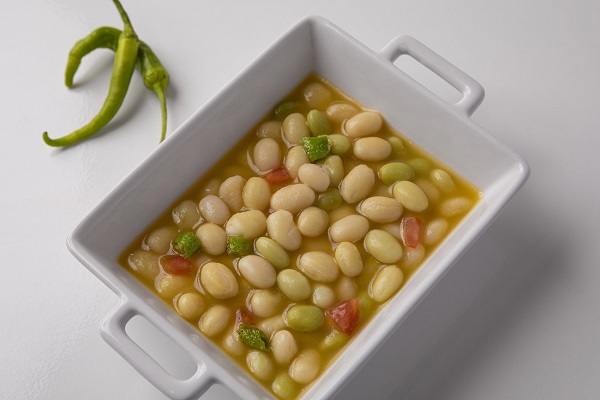 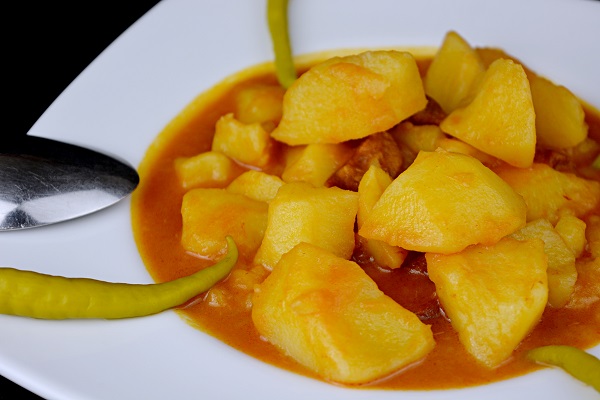 Picture courtesy of the City Council of Logroño

THE MENU IN LA RIOJA

Thistle, Rioja-style potato stew and cutlets “al sarmiento” (grilled with dry vine shoots) are some flagstone dishes of local cuisine. But La Rioja is really best known around the world for its wines.

THE MENU IN BURGOS

In general, the diet is characterized by foodstuffs with high calorie content so as to withstand the cold winter of the Castilian lands. It is further balanced with delicious mushrooms, fruits and other top-quality vegetables. 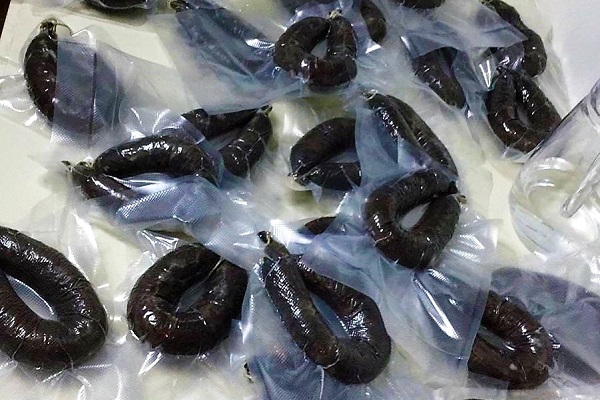 Picture courtesy of the Provincial Government of Burgos. 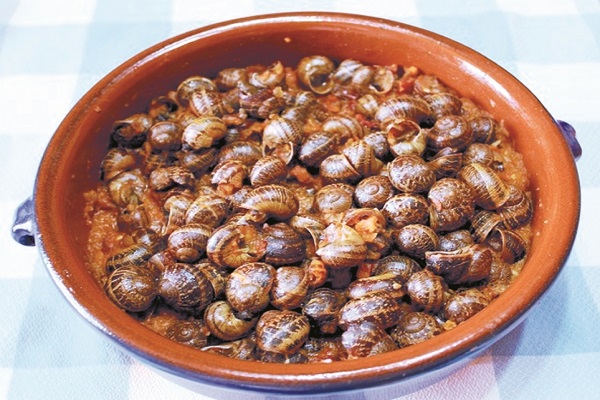 THE MENU IN PALENCIA

Traditional farm and shepherd cuisine, these dishes are simple but no less tasty as a result. This is the case of the great variety of soups and broths that have kept so many shepherds and farm workers warn over the years while working in the fields.

THE MENU IN LEÓN

In the province of León there are two distinctive cuisines: the one from El Bierzo and the one from the La Maragatería. The first is highly influenced by Asturian gastronomy (“cacheladas”, “lacón” ham), while the second is based on strong and heavy dishes, typical of the Astorga region. 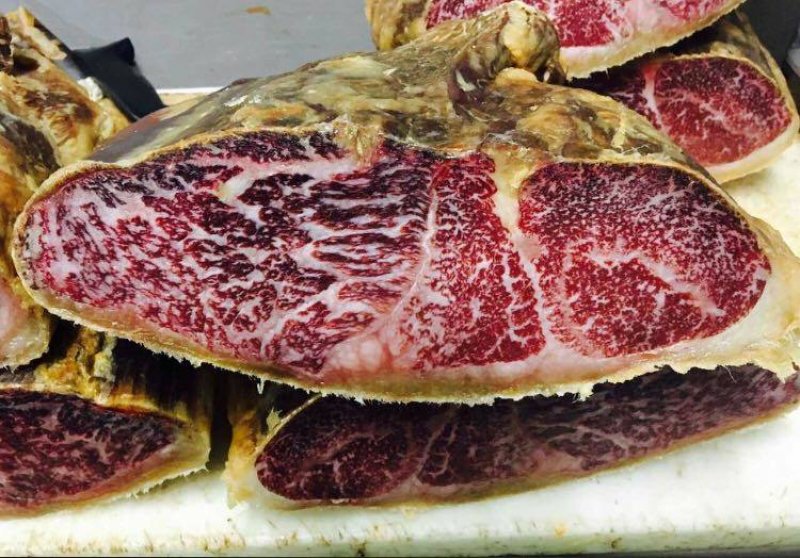 Picture courtesy of the Tourist Office of Mansilla. 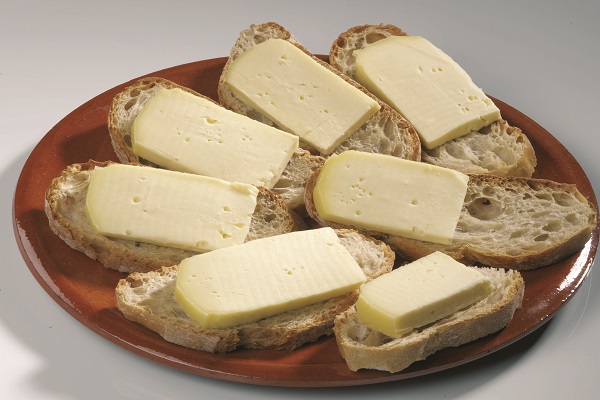 THE MENU IN LUGO

Although the province of Lugo only has a small strip of coastline, this proximity to the sea makes fish and seafood rather frequent ingredients on the menu; by way of example, the different ways to cook octopus. Cattle are also a regular source of foodstuffs – both meats and dairy products, among the latter the renowned “queso de tetilla” cheese.

THE MENU IN A CORUÑA

Galician beef, seafood from the Rías Altas, Padrón peppers, “tetilla” cheese and Arzúa-Ulloa cheese, alongside the well-known Santiago cake, are the most characteristic dishes from A Coruña. 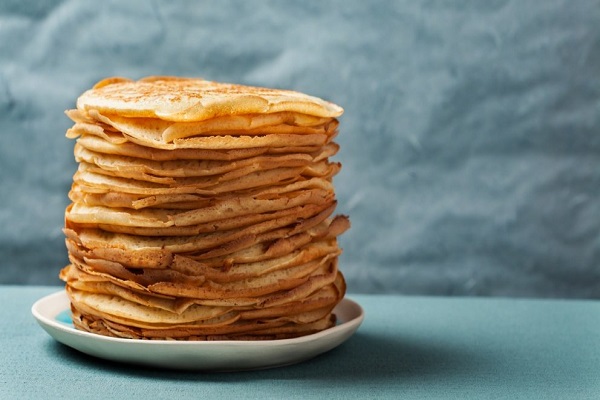