A large tree that can reach a height of 100 metres. Pyramid-shaped with needle-leaves in two rows on each side of the branches. They can live fot between 2,000 and 3,000 years.

The giants were created by a craftsman from the Valley of Baztan over 150 years ago. When they dance, it would take a human tower of three people to reach their height. This is the black giantess.

Each giant carries a characteristic element. She used to wear an open feather fan, but almost a century ago it was removed. She is accompanied by “txistularis” and tambourines. She has three bearers. 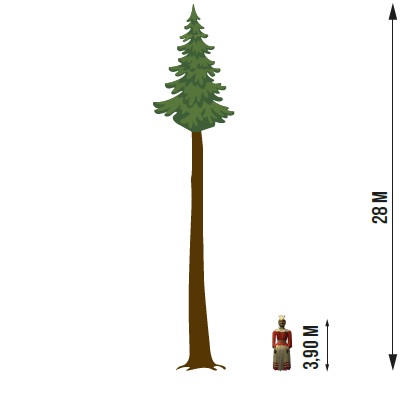