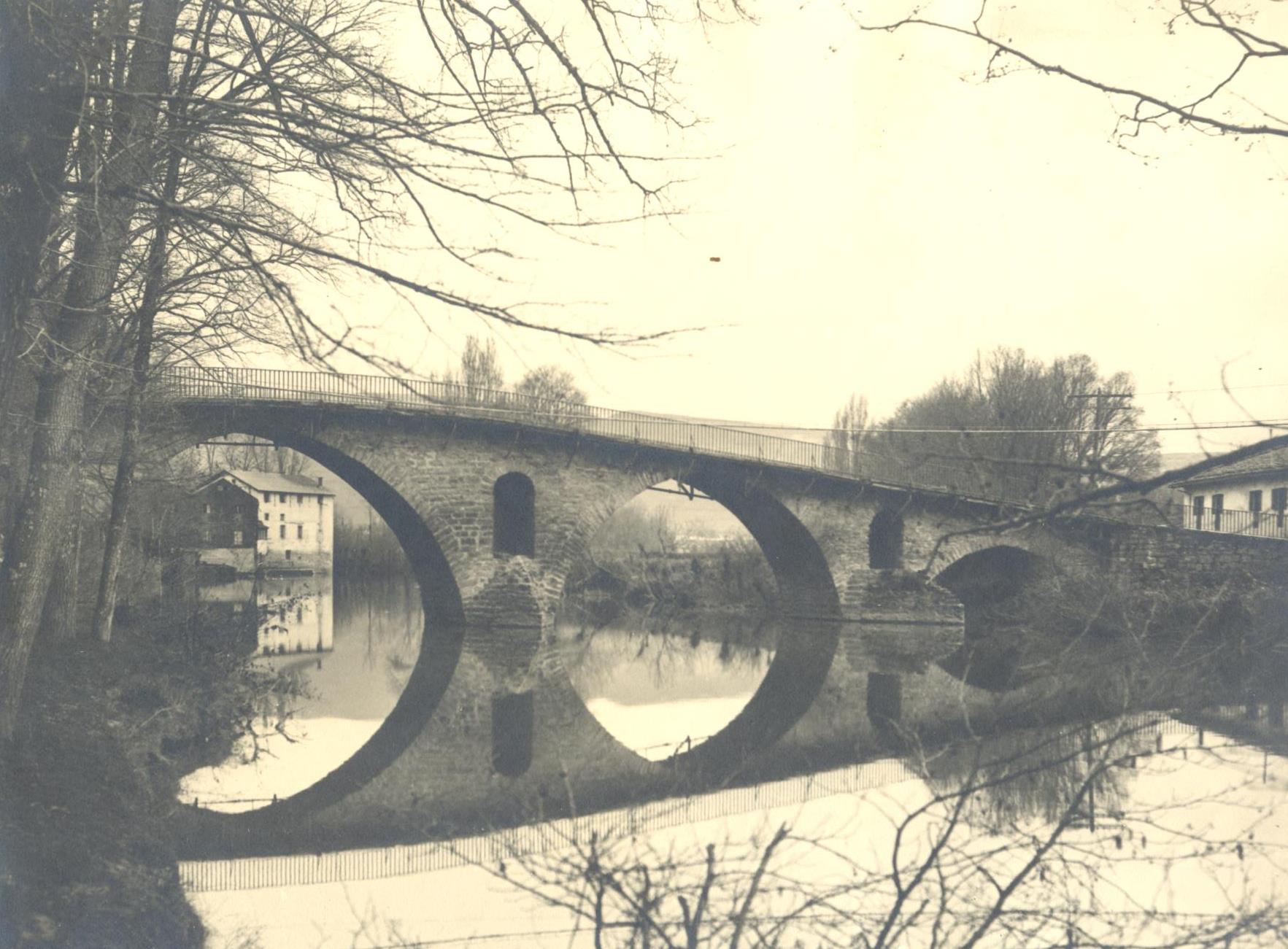 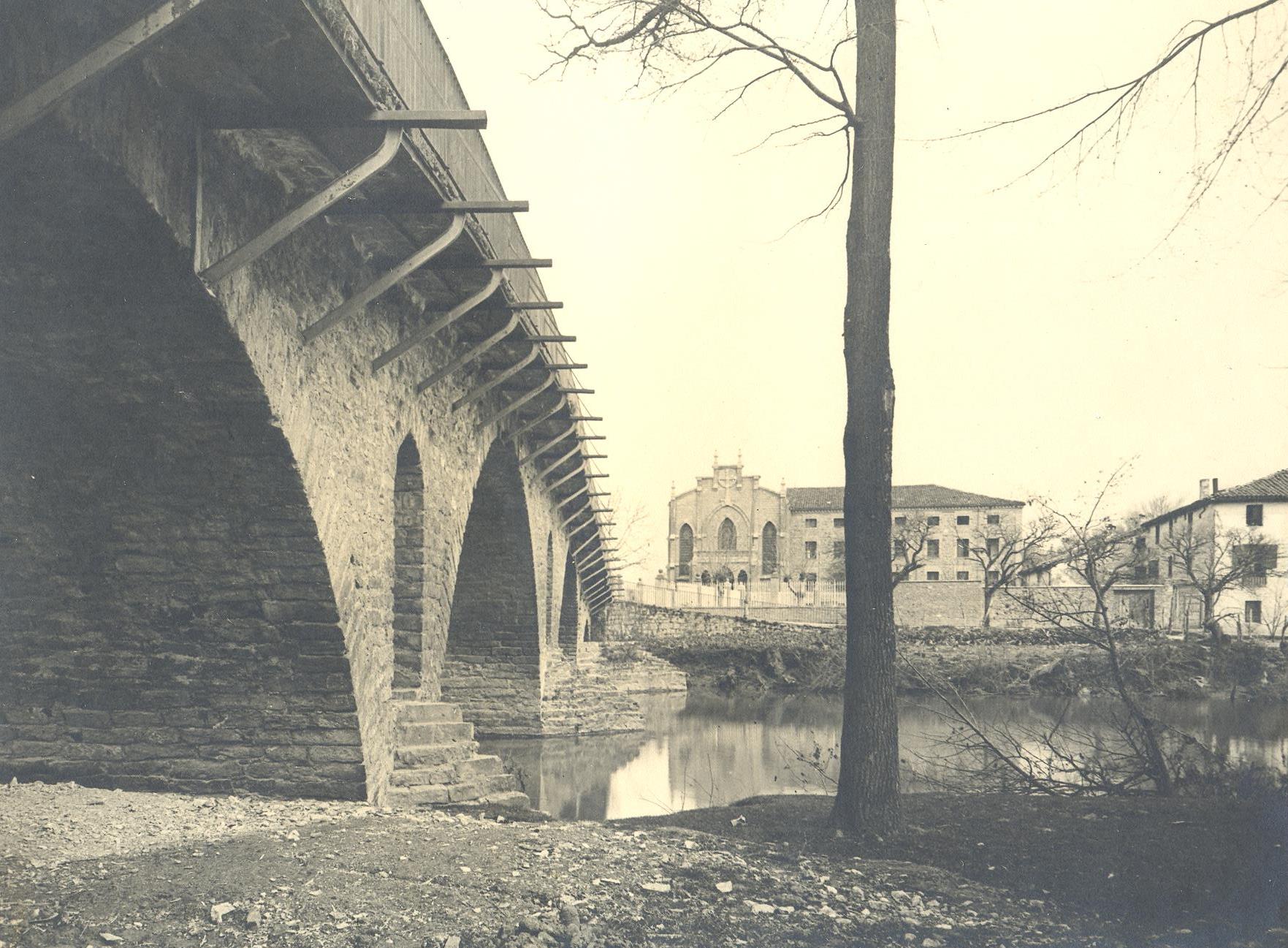 This is the most important of the four mediaeval bridges that cross the river Arga as is passes through Pamplona. It was built in the 12th century and later reformed in the 14th.

It has three slightly pointed large arches, triangular cutwaters and other round arches (called ‘labels’) on the supports. It is related to the bridge at Puente la Reina. A stone cross, probably built in the 16th century, indicates the entry into the city of the Pilgrims’ Way to Santiago at one end of the bridge; the cross bears an image of St James.

Pamplona is the Way