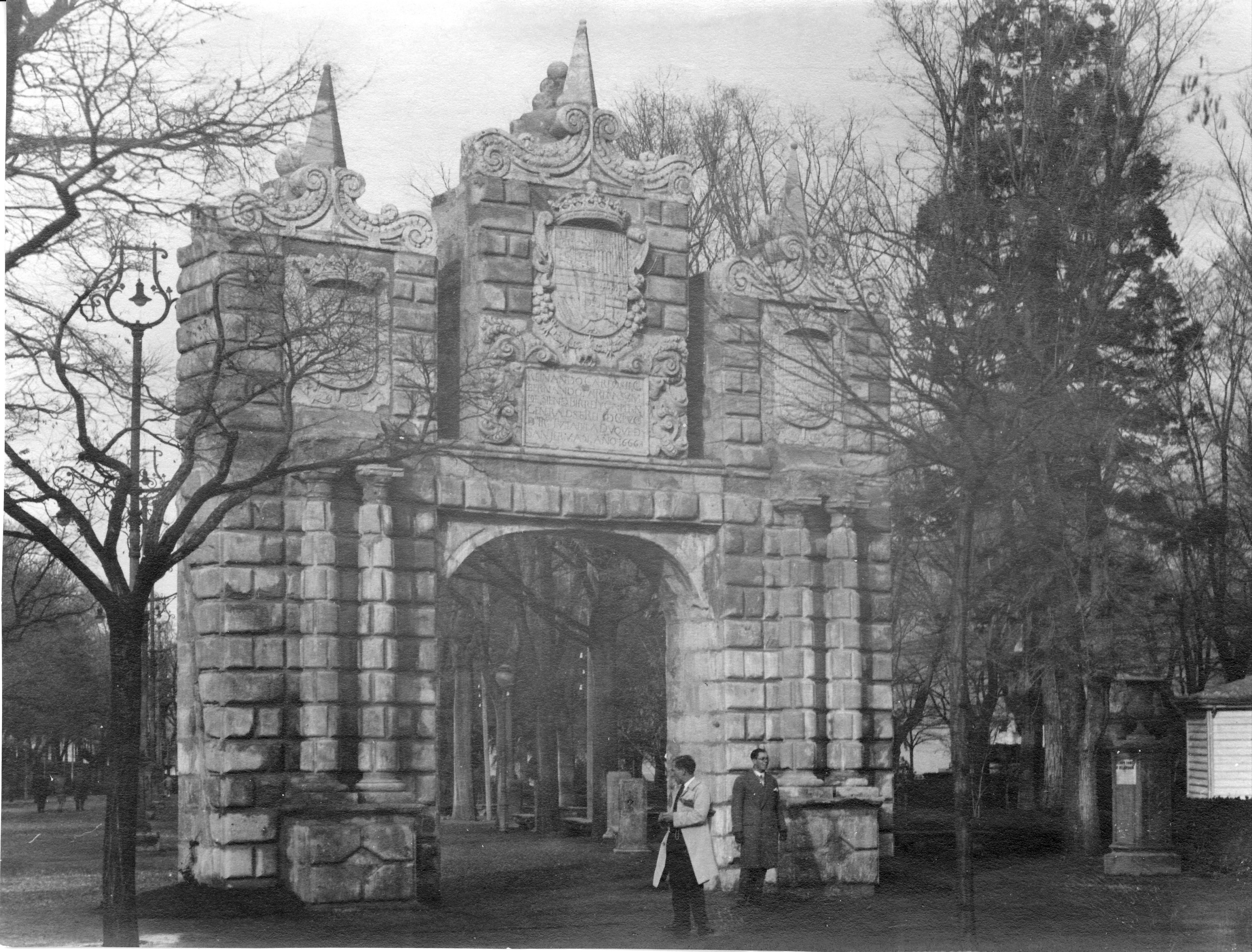 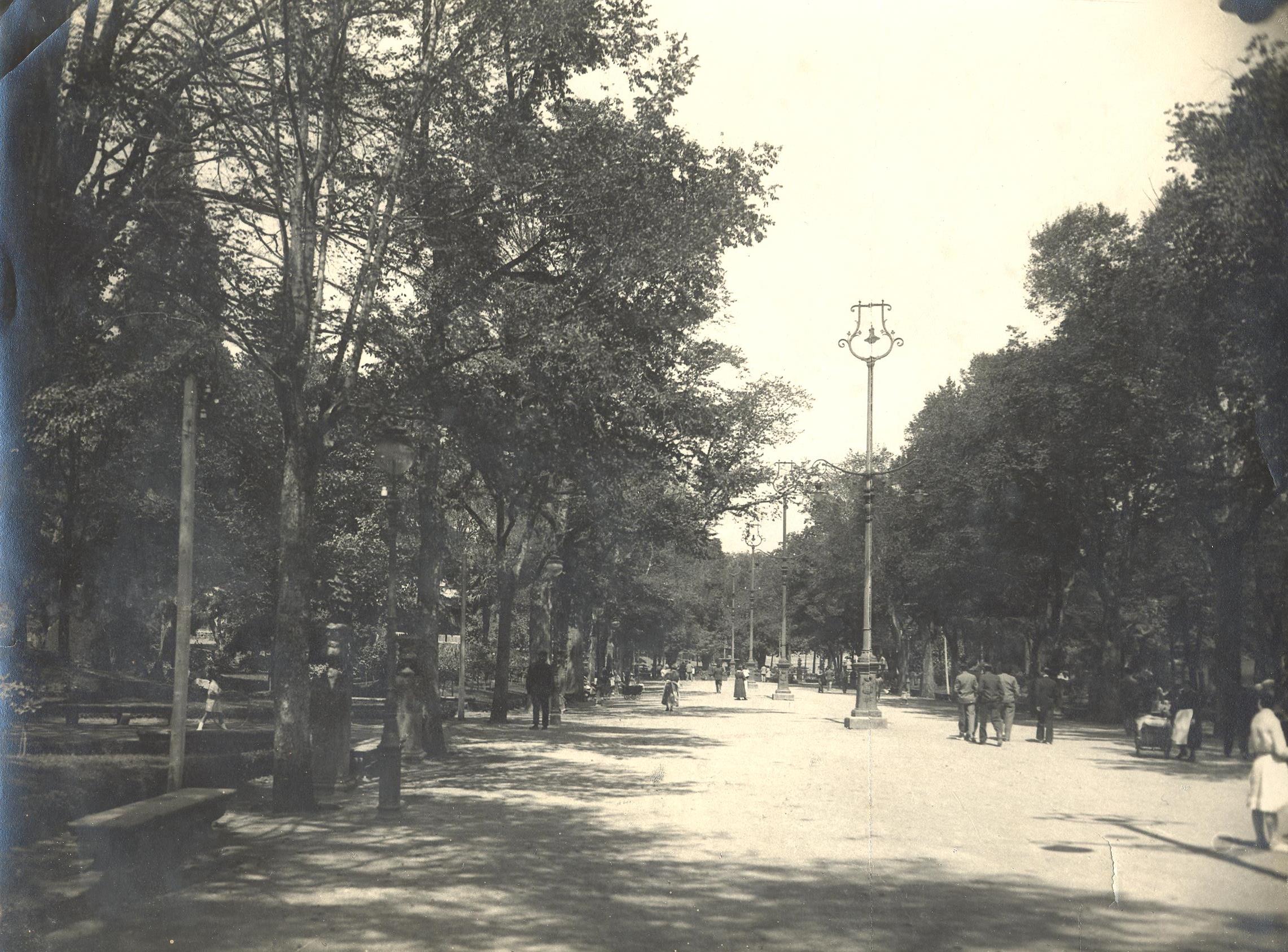 This portal is a baroque recreation of a triumphal arch that was originally one of the six points of entry into the walled city. It was built in 1660 during the mandate of Viceroy Francisco Tutavilla on the south flank of the wall, its original location. It was taken apart and transferred to its present site in 1929 after the walls were knocked down to make way for the expansion of the city.

In the centre stands the coat of arms of the last of the Austria dynasty and that of the Viceroy San Germán on the sides. There are also two highly deteriorated 17th-century coats of arms on the sides, perhaps of royal arms.