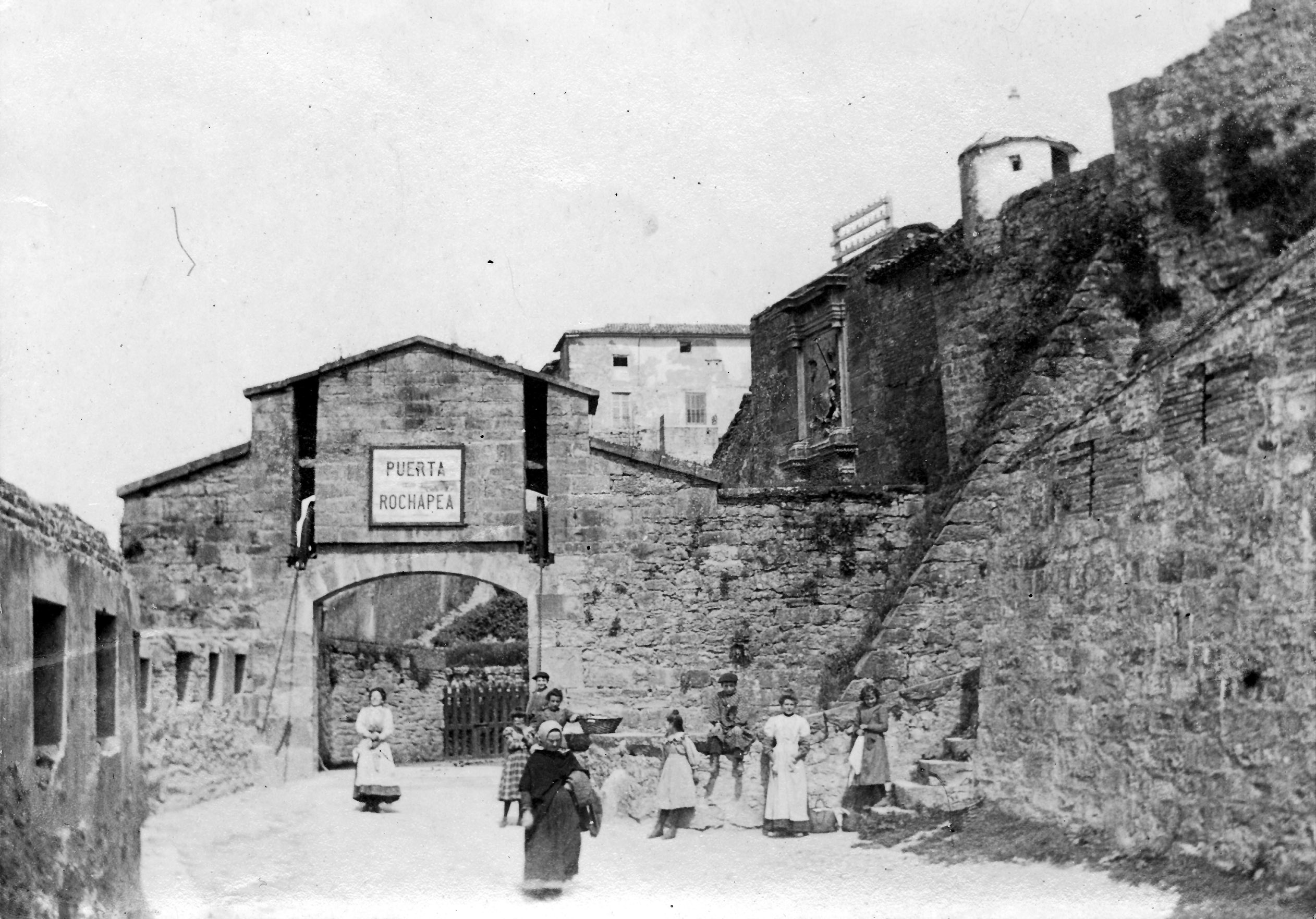 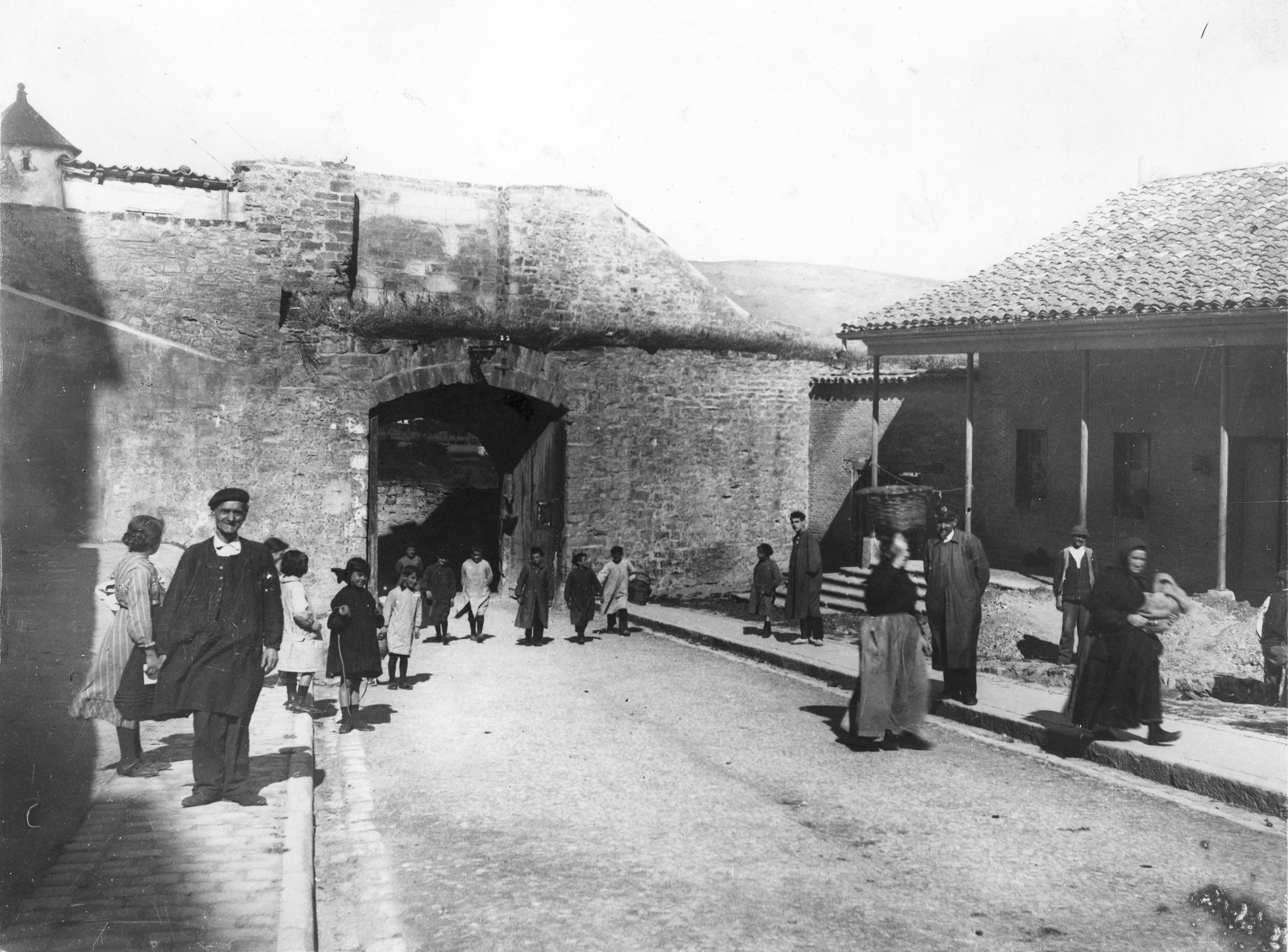 The Rochapea Gateway was built in 1553 by the Viceroy, Duke of Albuquerque.

It had two doors: the outer door, dating from the 18th century, exceedingly sober in appearance and equipped with a drawbridge; and the inner door, similar to the Gateway of France, which was closed with a portcullis and was actually part of the walls themselves. Over its arch is a carving depicting the imperial arms of Charles V. In 1914 the City Council decided to demolish the two doors in the gateway to enlarge this point of entry.

In 1960 the coat of arms of Charles V was relocated to one of the towers of the New Gateway, which had been built ten years earlier exactly as it can be seen today.