Adjacent to the cathedral is the oldest front on the city walls and their sentry walk offers one of the most beautiful walks in the city. This is the largest section of the three divisions of the fortifications, and dates back to the time of the former city of La Navarrería. The bastions of Labrit and Redín date from approximately 1530, and the external defences date from around 1750.

The opening-up to the public of the former sentry walk around 1960 and the gradual recovery of the walk itself, its defences, the two existing sentry boxes and the curtaining on the walls have enabled Pamplona to regain its dominant position over the Arga River from up high, just like the City-Fortress it once was.

The oldest garden in Pamplona, it was originally a field outside the city walls. Adjacent to the original walls of the burgh of San Cernin, this was the site of the market and the monasteries of San Francisco and Santa Eulalia. The construction of the Citadel required the layout of the two new fronts (Taconera and San Nicolás), whereby the old medieval walls and La Taconera became included within the new enclosure.

The bastion of Gonzaga, the ravelin of San Roque and counteguard of Gonzaga were in full use at the end of the 17th century.

It was transformed into gardens in 1830. Today, the moats are home to a small open-air zoo with deer, ducks, swans, peacocks, and different poultry.

To ensure the loyalty of the Kingdom of Navarre and the defence of the city, Philip II ordered a modern-style fortress to be built: the Citadel. One of his finest engineers, the Italian Giacomo Palearo (El Fratín), was put in charge of the project.

In 1571, Viceroy Vespasiano Gonzaga laid the first stone: in the new concept of war, in wich artillery played an essential role, military engineering could not risk being left behind.

Its original layout – a petagon with a bastion at each corner – was retained, except for the addition of the contreguards in the 17th century. 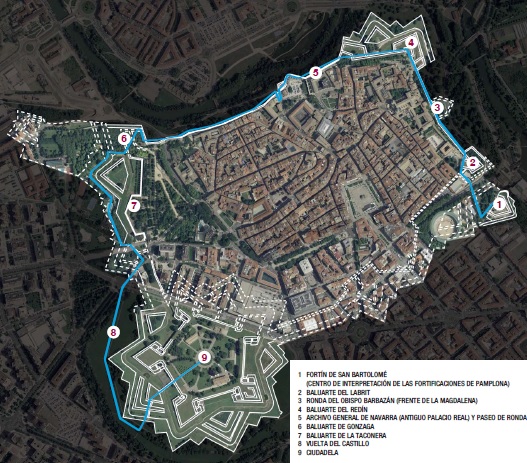 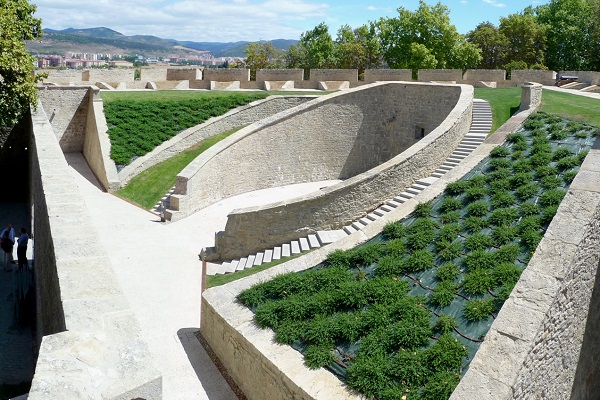 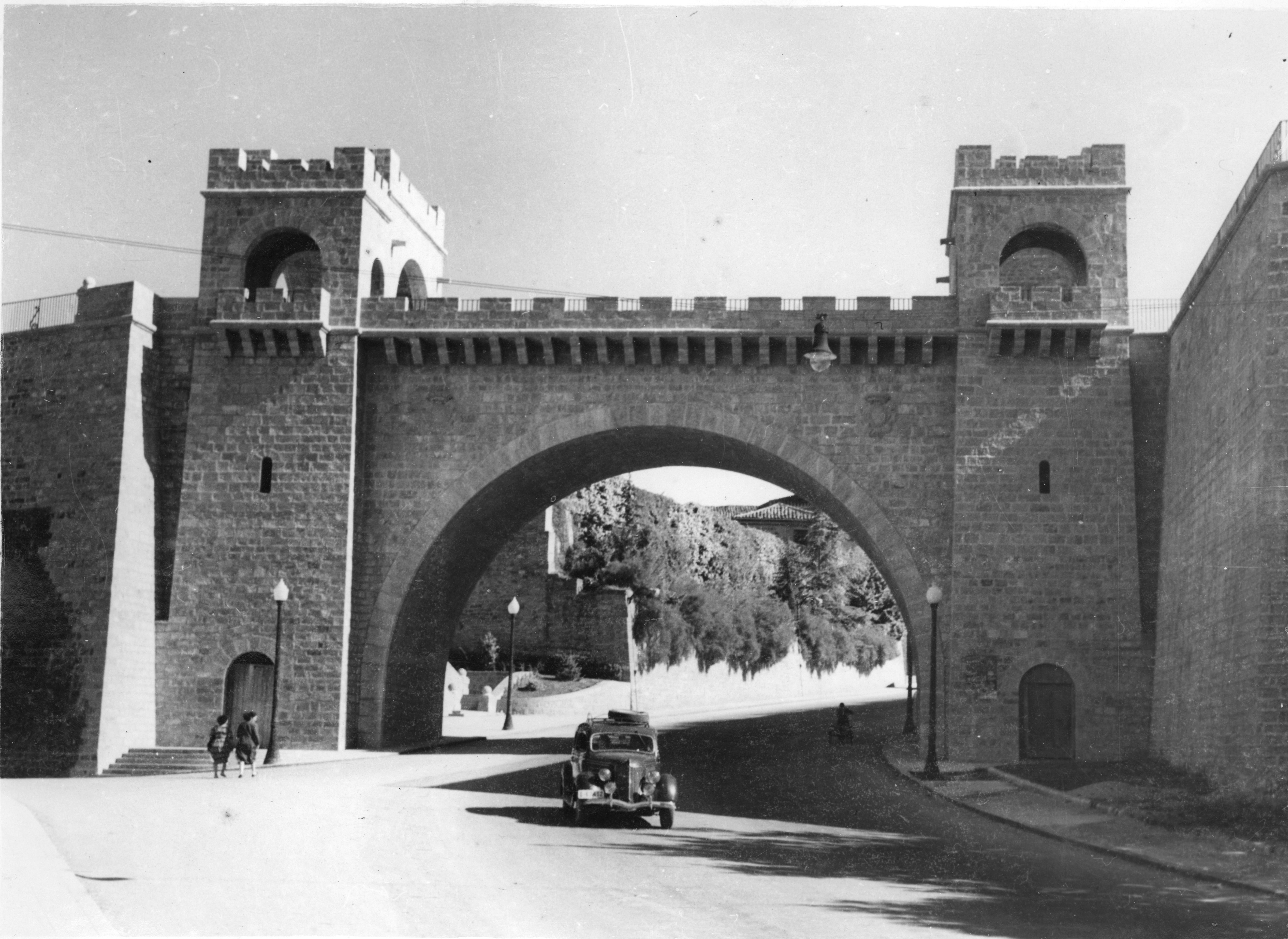