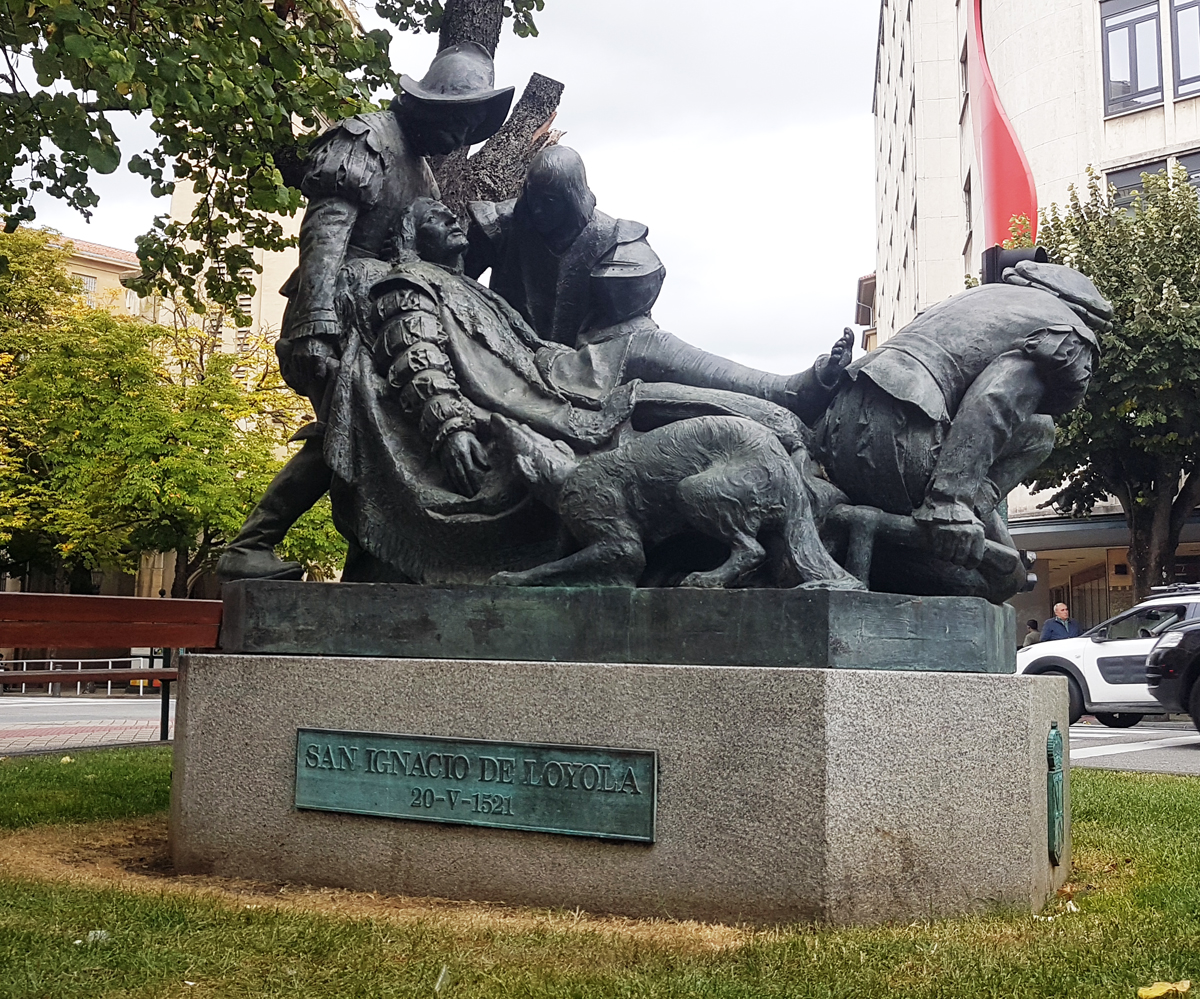 In the book 'Meeting Hemingway in Pamplona', writer Robert F. Burgess recounts how Hemingway stops in front of the statue of Saint Ignatius of Loyola in Pamplona and says: "He was one of the greats. Such a man could save a nation ".

Hemingway was familiar with the figure of Ignatius of Loyola before referring to him, as Hemingway had a copy in his personal library of the book written by the English writer George Borrow in 1843 'The Bible in Spain', which he took with him in his first trips to Pamplona. In the words of Borrow, Ignatius of Loiola "[…] was a great man, prodigious and flawless”.

Ignatius of Loyola was wounded on 20 May 1521 in Pamplona when, with Castilian troops, he locked himself in the Citadel to assault the city, which had been recovered by the kings of Navarre after the invasion of their Kingdom. During his convalescence in Loiola, reading and meditation led him to travel to the Holy Land. He was ordained a priest in 1537 and founded the Society of Jesus in 1539.