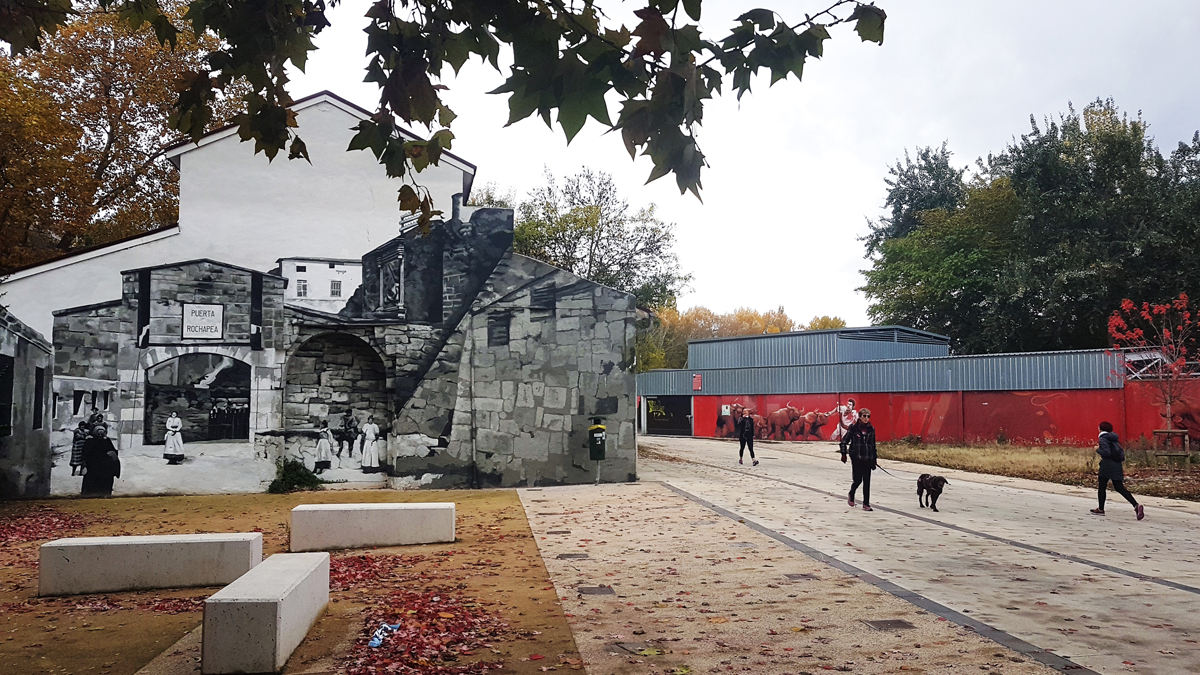 In the novel ‘The Sun Also Rises / Fiesta’ the protagonists walk from the Town Hall to the Gas Corrals, to see the bulls. “There were many people walking to go and see the bulls. Across the bridge we turned up a road to the corrals. […] My God, isn't he beautiful?" Brett said”.

The name Gas Corrals comes from the a 19th century gas factory that was built in 1861 to enable public as well as private lighting in La Rochapea. It was out of service by the end of the 19th century. In 1899, the City Council decided to use the gas factory to accommodate bulls brought from Castile and Andalusia for the festivals, since the herds from Navarrese ranches were taken to the El Sario corrals. Since then, this place has been known as “Corralillos del Gas”. The premises were provisional until 1918, when fixed pens were built. In 1943 the last remains of the old factory were demolished and in 2003 the current corrals were built.