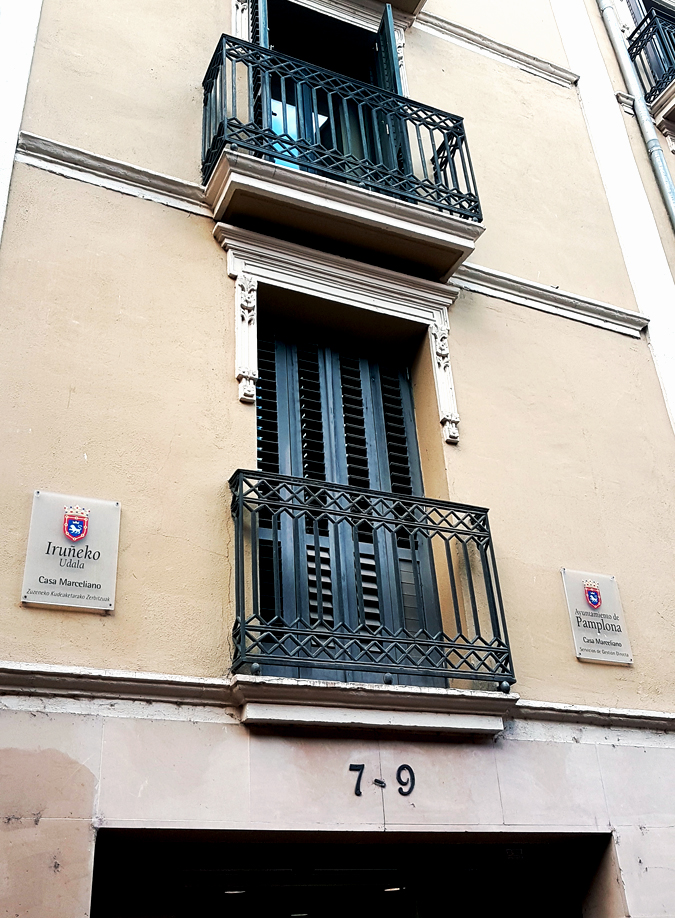 The year 1959 is the last time that Hemingway visits Pamplona and the Sanfermines.

Despite the “crowds and modernization”, the writer explains in ‘The Dangerous Summer that “in the city we had secret hideaways like Casa Marceliano, where we went in the morning to have lunch and sing after the running”.

A typical Pamplona tavern where Hemingway later regained the happiness he found when he first discovered Pamplona in 1923. It closed in 1993.

“At Casa Marceliano the wood on the tables and on the staircase was as polished as the teak deck of a yacht, although honourably stained with wine. The wine was as good as when one is 21 years old, and the food was excellent as usual, "explains Hemingway in his book 'The Dangerous Summer', while describing the patrons: "The faces that had once been young were already old like mine, but we all remembered how we had been. The eyes hadn't changed and no one was fat. The mouths had no grimaces of bitterness, no matter what the eyes had seen. The rictuses of bitterness next to the mouth are signs of defeat. Nobody felt defeated”.