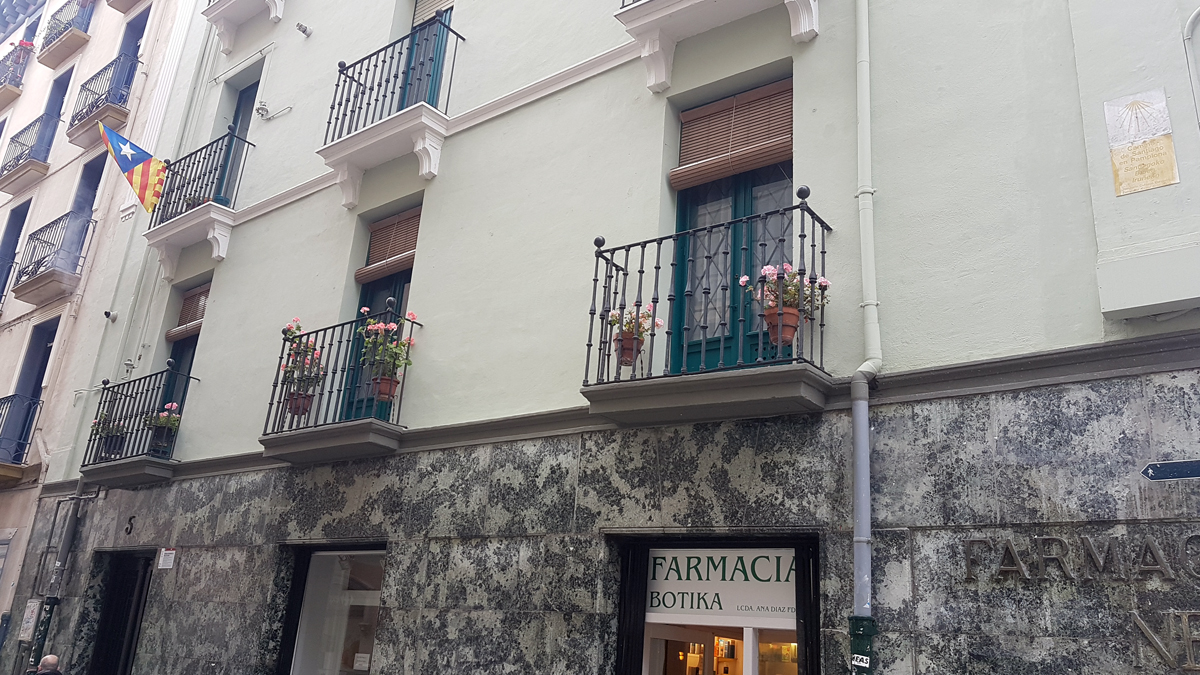 Number 5, Eslava street (owned by the Ayestarán Bidegain family) is the private house in which Ernest and Hadley stayed the first time they were in Pamplona, in 1923.

Their memory of the event was reflected at the end of the chronicle published on 27 October 1923 in ‘The Toronto Star Weekly’: “Pamplona is only fourteen days away by sea and the house in number 5, Eslava street is permanent”.

It was a private home, whose owners, Policarpo Bidegain and Carmen Roncal, reached an agreement for the Sanfermines of 1923 with the owners of La Perla Hotel to accommodate tourists. Policarpo and Carmen, who had nine daughters, did not usually accommodate guests, but those Sanfermines they did so due to a family financial problem, and the tenants were Hemingway and his wife Hadley. That house was recorded in the chronicle that Ernest Hemingway wrote on 27 October 1923: “It was old and it had thick walls like a fortress, a spacious and pleasant room, a tiled floor, two wide and comfortable beds in the bedroom, and a balcony surrounded by an iron lattice overlooking the street. It was very comfortable there”.

Hemingway leaned out of this balcony in the early morning of 7 July 1923, the day after his arrival in Pamplona, attracted by the revelry in the street. He went downstairs and that is when his life changed.