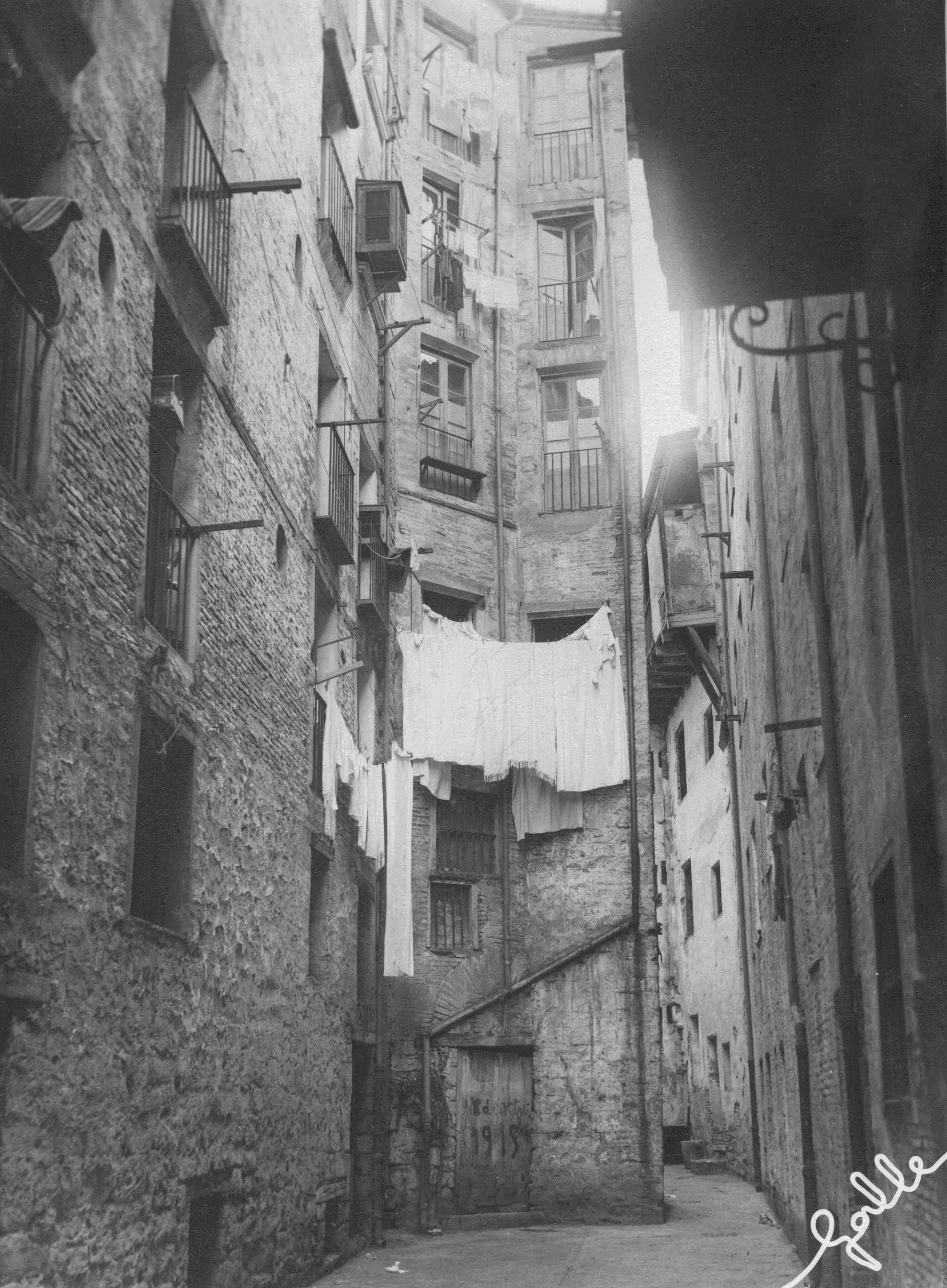 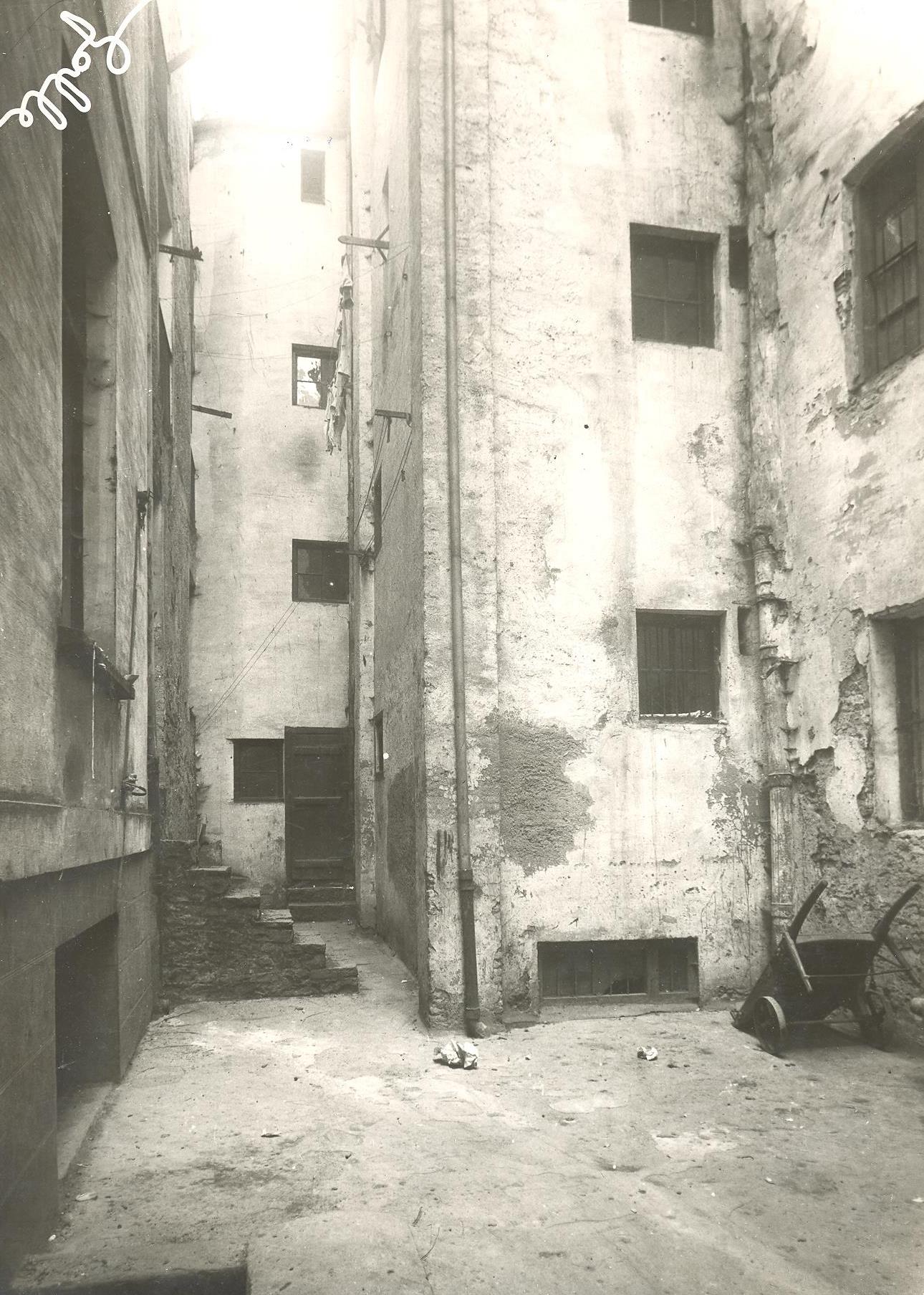 It is located near the Portal de Portalapea, one of the gates of the old medieval walls (13th century).
The wall was later used in the construction of dwellings until it was hidden among the alleys and passageways, known as ‘belenas'.

Recent excavations have revealed seven medieval ogive arches, remains of the medieval wall, and stone cannonballs used as ammunition for catapults during the War of the Burgs (1276).

Inside, we find the defensive tower of Johan Caritat.

The wooden carving of the Holy Virgin dates back to the 16th century. It was probably in Portalapea until it was demolished (1815).