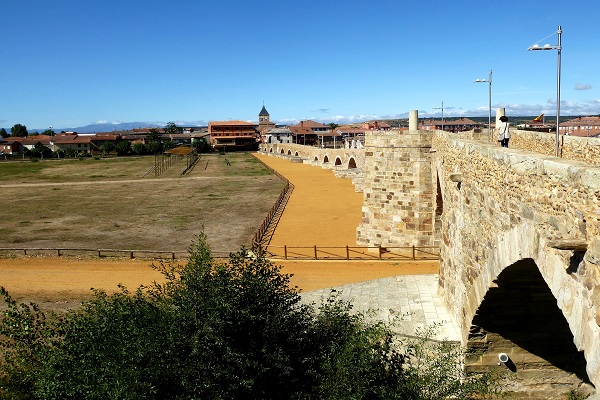 The town is located at one end of the bridge over the river Órbigo, better known as the “Passo Honroso” bridge (of the “Honourable Passage”). The city had developed on both sides of the Way, in a plain on the banks of the river. The church of San Juan Bautista was built for pilgrims in the second half of the 12th century. In 1184 it was transferred to the Hospitaller Knights of Saint John, who would build a house and a hospital in the vicinity, after which the town was named. The church was rebuilt in the 18th century, whereas the hospital, located on the opposite side, remained in operation until 1850.