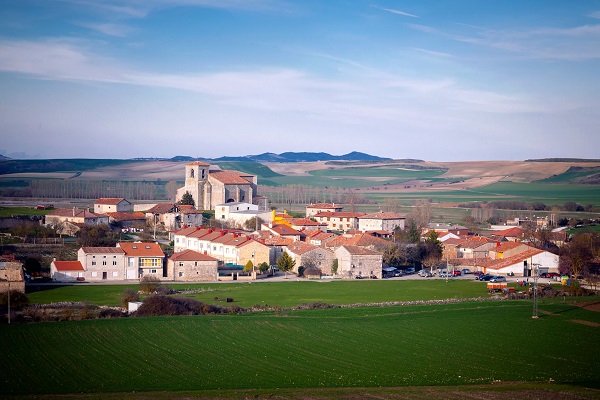 Picture courtesy of the Tourism Initiatives Centre of Atapuerca

Atapuerca is a town located on the northern slope of the Sierra de Atapuerca mountain range, some 17 km from Burgos, in the district of Olmos de Atapuerca.

Traditionally, economy has been linked to agriculture, but in recent years tourism has become increasingly relevant, as a result of the declaration of two World Heritage Sites in the area: the Sierra de Atapuerca archaeological site and the Way of Saint James.

In the 12th century, King Alfonso VII handed over this town to the Hospitallers of Saint John of Jerusalem, who founded here what is believed to be the first establishment of this order on the Camino.