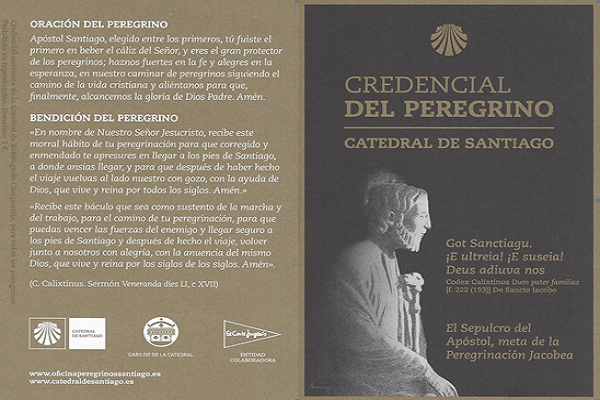 Where to get your credential in Pamplona:

If you are going to do the Way of Saint James, you will need to obtain your credential. This personal document proves your status as a pilgrim and you will be requested to show it in many hostels (“albergues”) to spend the night there or in other types of establishments to benefit from certain concessions.

Your credential is used to collect the stamps (“sellos”) that you get along your journey. Remember that you must have your credential stamped at least once a day to obtain your “Compostela” certificate (twice in the Galician section if on foot, or in the last 200 kilometres if by bicycle).

This document certifies that the bearer is a true pilgrim. You can get yours at the associations, confraternities and hostels appointed by the Church of Santiago. 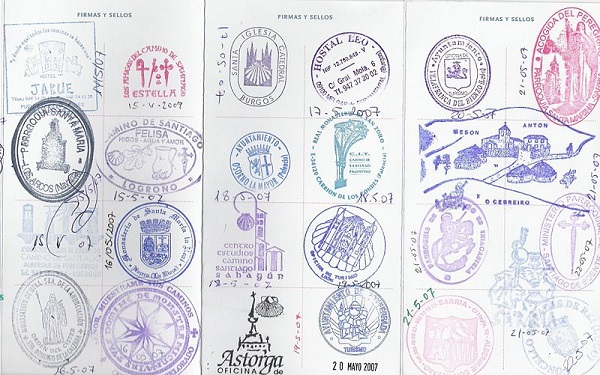 You can have your credential duly stamped in churches, parish churches and certain hostels and establishments (they will stamp it even if you do not spend the night there) along the Way of Saint James.

WHERE TO HAVE IT STAMPED

These are some of the places where you can have your credential stamped in Pamplona: 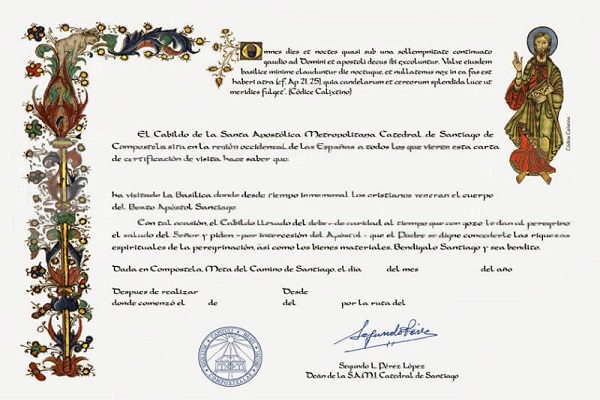 The “Compostela” (sometimes mistakenly called the “Compostelana”) is the document that certifies that the pilgrim has completed the Way of Saint James. The “Compostela” is granted by ecclesiastical authorities and, as such, it is collected at the Pilgrim Reception Office at the Cathedral of Santiago. This accreditation began to be used in the 9th-10th centuries, when the pilgrimage to the tomb of the Apostle became institutionalized. At first, insignias such as the scallop (or scallop shell) were used.

Since these insignias were easily forged, the Church replaced them in the 13th century with official “letters of evidence”, the direct origin of today’s “Compostela”.

HOW TO GET IT

In order to get the Compostela, the pilgrim must meet three basic requirements: doing the Way for religious or spiritual reasons; having covered any of the Jacobean routes for at least 100 km (if on foot or on horseback) or 200 km (if by bicycle), and prove that such distance has been completed with the stamped credential.