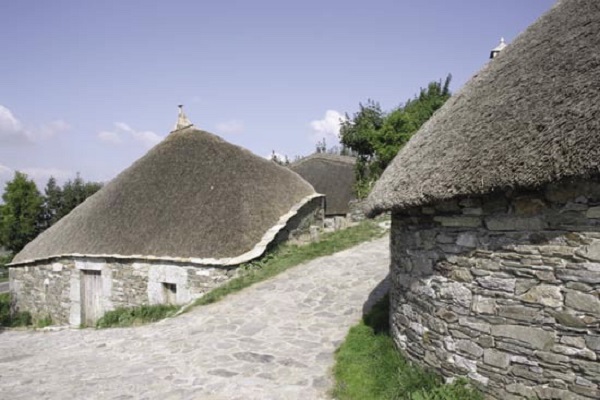 The first Galician town on the French Way of Saint James is one of the mythical spots of the Camino at the top (1,300 m) of the Galician-Leonese Massif. Everything in this place is magical and mysterious: the “pallozas” (thatch-roofed houses), the wind, the fog. It is one of the first sites where pilgrims on their way to Santiago were offered shelter. The town began to be restored in the mid-1960s and so were the “pallozas”: ancient pre-Roman houses with a circular or oval floor plan formed by stone walls and a roof made of rye stalks. Rural houses, inns, bars, restaurants and souvenir shops have turned O Cebreiro into a theme park in these highlands.