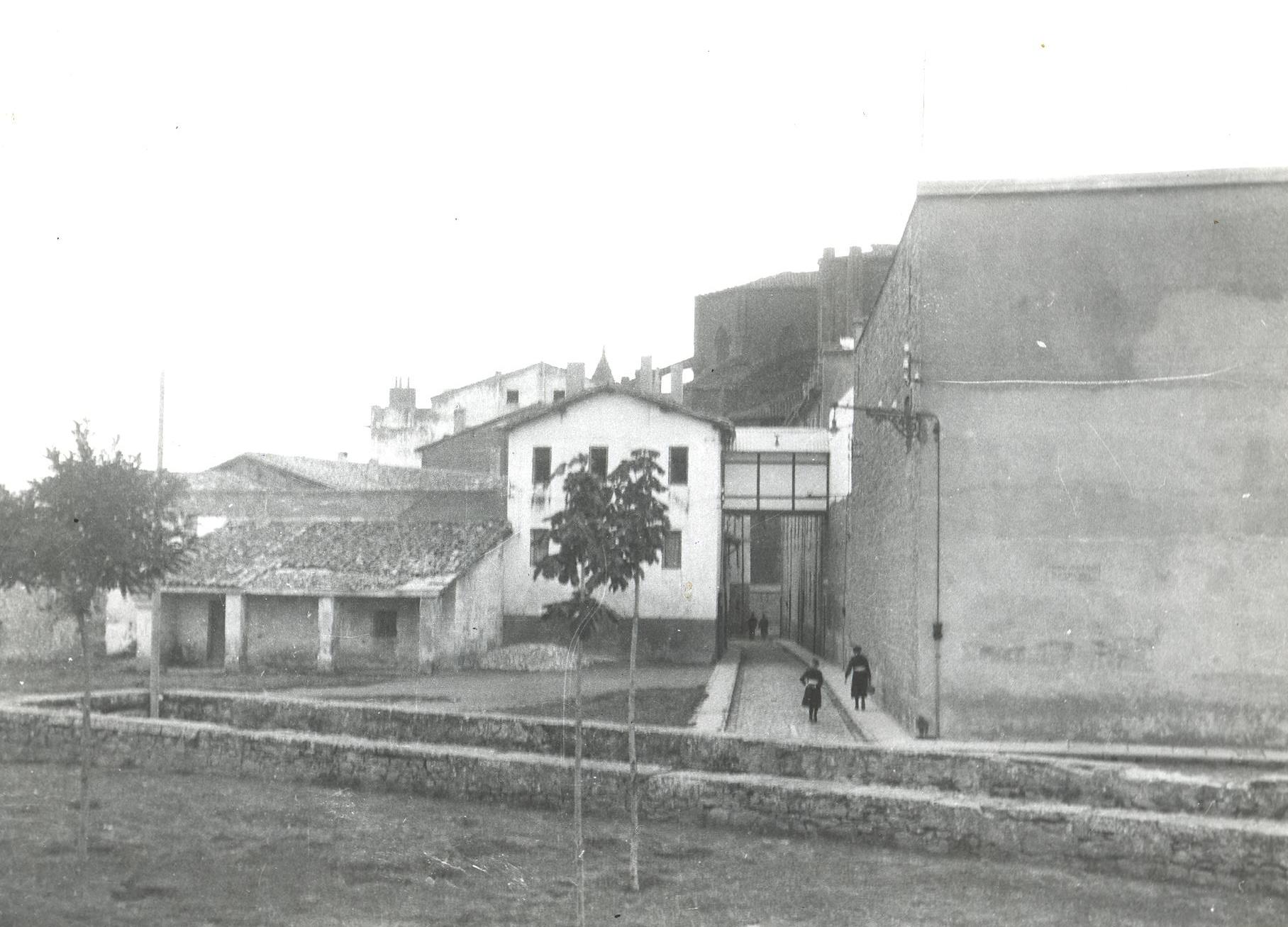 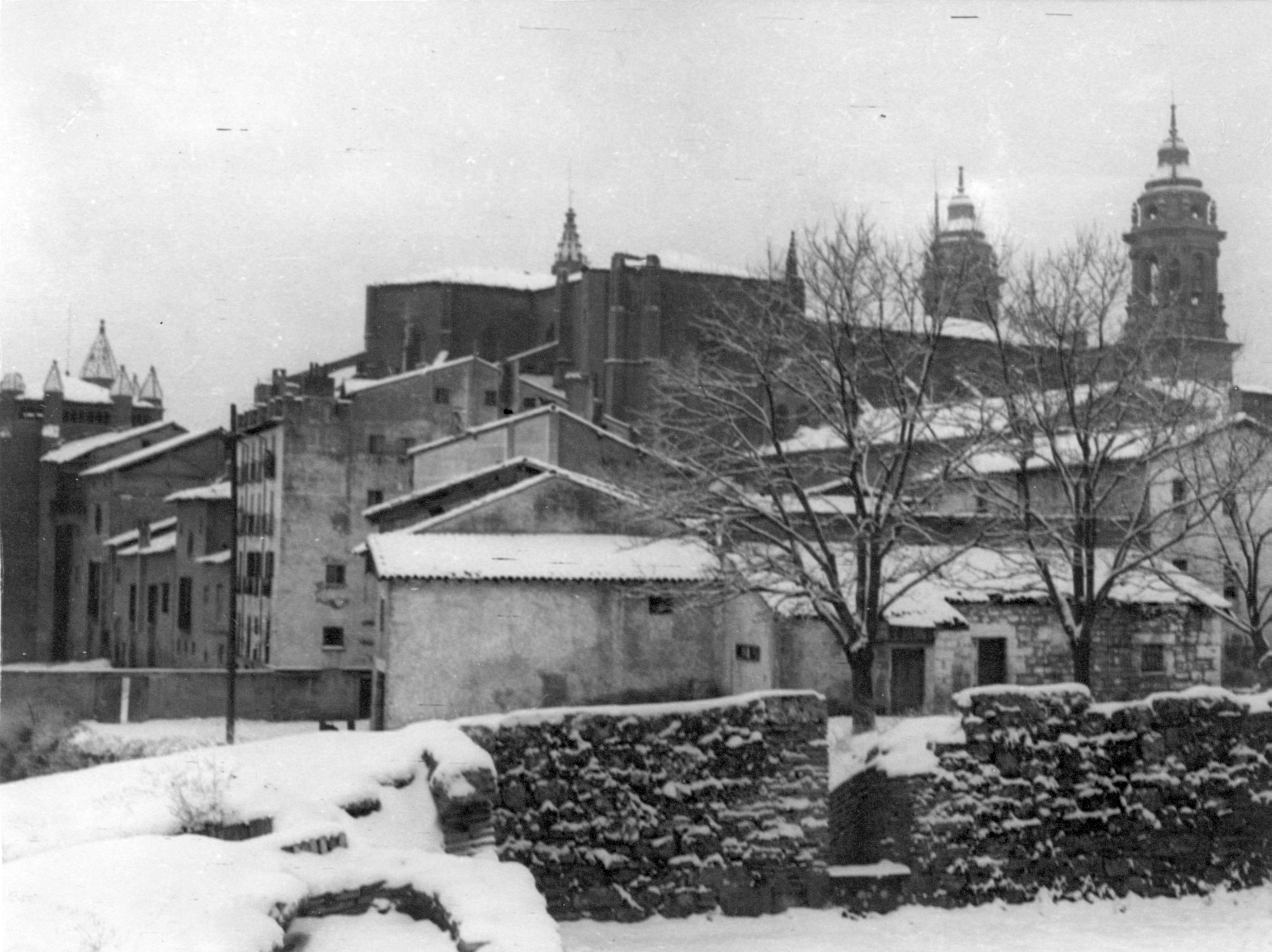 This is surely one of the most charming spots in the city, a delightful place to stroll near located near the Plaza de San José and the Cathedral. It is the highest part of the El Redín bastion, where a noble house used to stand of which only the ‘Cruz del Mentidero’ (literally, Gossip Corner Cross) still survives, dating from 1500. Executions used to be carried out here.

The Bastion of El Redín was considered the best defensive site in the city and the most inaccessible part of the city ramparts. Thanks to its star shape with three points the cannons could cover all angles of fire. In the 16th and 17th centuries the walls were reinforced with new constructions to adapt their defence to the new era and military equipment.

Moats were dug at the foot of the bastion and new fortifications such as the Baluarte Bajo de Guadalupe and (lower down) the Revellín de los Reyes were built. The latter ravelin is a triangular-shaped structure designed to split attacking forces and protect the ramparts by crossfire. The Mesón del Caballo Blanco is a key building in this area, together with the viewpoint. It used to be a pilgrims’ hospital and is now a cafeteria.

Caballo blanco and the pillory

The small palace we can see, known as “El Caballo Blanco” (The White Horse), has not been here for long, although everything about it is obviously old. It was built here in 1961 using the stones and decorative elements recovered from the demolition of what was the Palace of Aguerre in Calle Nueva, in Pamplona’s historical quarter.

The small column just in front of the building, popularly known as the Cross of El Mentidero, of which only the base and shaft remain, was erected here at the same time. In reality, it was a pillory, a place of punishment. It was originally built in 1500 for a location called "El Mentidero" (the gossip mill), where the Calles Navarrería, Curia, Calderería and Mañueta meet.

The rope-makers and nooks along the walls

Until the 1960s, the city walls were the perfect place for rope-makers to work. The height of the walls meant it was possible to work strands of straw and hemp with wheels and pulleys, weaving the ropes in the dry moat. You could see the craftsmen deploying all their tools right here on the Bastion of El Redin right up until the 1960s.

The maca (apprentice boy) turned the pulley while the craftsman deftly handled the boxwood horn used to twist the yarn to form long ropes. The work was always performed in the open air. They used the small stone building which still stands to store their equipment.

The walls have seen farmers, traders and pilgrims come and go through their gates; men used to shout out from them to the washerwomen who, busying themselves with the laundry in the river below, would shout back in the same tone; in the Arga, the locals used a variety of methods to fish for trout, nase and eels to eat or sell. The nooks and crannies along the walls have also seen many a first kiss and caress.

Txakoli from the basin of Pamplona

The city is strategically located on a plateau. From a military point of view, this made defence easier in mediaeval times. The Arga River was also useful, serving as a natural moat. The plateau is surrounded by mountains and between the mountains and the plateau, there is a relatively flat space referred to as the “Basin of Pamplona”.

The “Basin of Pamplona” was said to stretch as far as Pamplona Cathedral’s bell, known as “María”, could be heard. It is hard to imagine this plain undeveloped, but up until the 20th century, fertile land as it is, cereals were farmed here a great deal and txakoli wine, particular red txakoli, was produced, making use of the slopes of the mountain in front of us, Mount Ezkaba.

Breakout from the Fort of Mount Ezkaba

The Fort of Mount Ezkaba is now best known because it served as a prison during the Spanish Civil War. It has three floors, all built into the mountain. On the 22nd of May 1938, it provided the stage for the greatest prison breakout of the Franco era. Almost all the prisoners were either captured or killed while fleeing for freedom. Many of their bodies slowly reappeared in mass graves decades later.

The city’s fortification and defence system changed constantly over the centuries; that is why there are walls of different heights, bastions, ravelins, lookout posts, etc. These changes came about as a result of developments in weaponry. Being attacked with slingshots or crossbows is not the same as being attacked with rifles or cannons.

Just when it seemed that Pamplona’s defensive system was perfect, the 19th century saw the arrival of a new kind of artillery, the kind which allowed the Carlists to besiege the city from the top of Mount Ezkaba. This led to the construction of the fort, which was left half-finished when aviation came on the scene, rendering it obsolete.