Throughout the year, Pamplona hosts multiple festivities and events. Particularly well-known are the San Fermin festivities, attracting a million people from all over the world to Pamplona each July, yet there are many more culture and leisure options to enjoy in this city.

What’s more, Pamplona locals are well known for their passion for good food. This is why different cooking-related events are held all year round, with a special focus on locally-grown produce: the Pincho Week, the Vinofest, the Cazuelica and Wine Week, the Vegetable Days, or the Local Produce Week, to name a few.

There is also room for other artistic displays in the city. In addition to the regular programme of different cultural spaces, throughout the year there are also numerous events, such as the Antzerki Aroa Basque theatre cycle, the City Walls Festival (which includes music shows, dance, circus, and other forms of artistic expression), and the Local Theatre Display.

Pamplona tradition also highlights different dates in the calendar throughout the year. These are some of the most important celebrations.

The image of the saint is venerated in the San Nicolás church, where worshippers bring food to be blessed. On the same day a host of stalls are set up in the gantries surrounding the church, selling artisan donuts, caramel figurines and blessed txantxigorri tarts. This market has a deep-rooted tradition in the city.

On 4th February, the eve of Santa Águeda is celebrated. On this day, young people walk through the city streets singing Basque couplets about the life of Santa Águeda, marking out the rhythm of the song on the floor with their makilas (sticks).

Maundy Thursday commemorates the Vow of the Five Wounds. This act occurred in 1599, when the plague devastated the city. Faced with the helplessness of the citizens, the city decided to take out the symbol of the five wounds of Christ and the thorny crown, and hold a procession through the city streets. After the procession the plague disappeared.

To remember this occurance, the City Council attends the San Agustín church in evening wear, where the solemn act of the renewal of the vows takes place and the commemorative effigy is carried: the five wounds and the thorny crown.

The most representative act of Good Friday is the Santo Entierro procession. The image of Our Lady of Solitude (better known as the Pained One), is carried from the Cathedral to the San Agustín church.
In the early hours of Saturday morning, the Return of the Pained One takes place, from the San Agustín church to the San Lorenzo church.
Both processions are undertaken by the Fraternity of the Passion of the Lord.

The image of San Miguel Arcángel arrives in the city on Easter Monday. A multitude of local people, along with the angelico of Mercy, await the figure in the Antoniutti park. When the image arrives, the procession sets off towards the San Nicolás church, where it is venerated. Over the next few days, the angel visits numerous churches and official centres, until Sunday, when worshippers bid it farewell.

Privilege of the Union. 8th September

The Privilege of the Union is celebrated on 8th September, marking the date the treaty was signed by King Carlos III on 1423, by which the city – till that moment divided into three parts – was joined, forming a single City Council, no longer requiring the city walls, different mayors and specific incomes. To commemorate the union of the three boroughs, there is a solemn mass with a floral offering and a response in memory of King Carlos III the Noble and Queen Leonor of Trastámara in the Pamplona Cathedral, where their remains lie.

This festivity is held on 25th September to commemorate the martyr of San Fermin. As such, the week prior to the day, from Thursday to Sunday, various festivities are celebrated in the neighbourhood of Navarrería, near the Cathedral. They start with a rocket fired by the alcalde txiki (a local child acting as mayor). In the following days there are a multitude of activities, including the Procession and the Pobre de Mí closing act.

On 29th November Pamplona holds a festitivity in honour of its patron saint, San Saturnino, who baptised the first Christians of Pamplona, including one who would later become its first bishop, San Fermin. This day is celebrated with various institutional acts, including the outstanding Procession and the Mass in the church that carries his name. These events are attended by the City Council, with giants, a brass band and an entourage dressed in evening wear.

On the evening of the 24th December, the procession accompanying Olentzero sets off. This character represents a coalman, who according to tradition, came down from the mountains to the villages on Christmas Eve to give presents to the children. Accompanying this legendary character are children in typical regional dress, choirs, txistu pipe players, a live Nativity scene, various different floats and zanpantzar cowbell carriers.

The night of the 31st December to the 1st January, has become the city’s top carnavalesque and masked festivity. Whether in groups or by themselves, Pamplona locals flock to the streets to celebrate the coming of the new year in all kinds of fancy-dress, transforming Pamplona’s New Year’s celebrations into the most original in Spain. It is not the result of any official organisation, rather a widespread popular initiative.

The Procession of the Three Wise Men from the East is the most popular act of the Yuletide festivities. Young and old alike congregate in the city streets to watch the royal procession pass by, with the Kings Melchior, Gaspar and Balthazar. The procession starts at the Casa de la Misericordia, and parades through the streets to reach the Bull Ring 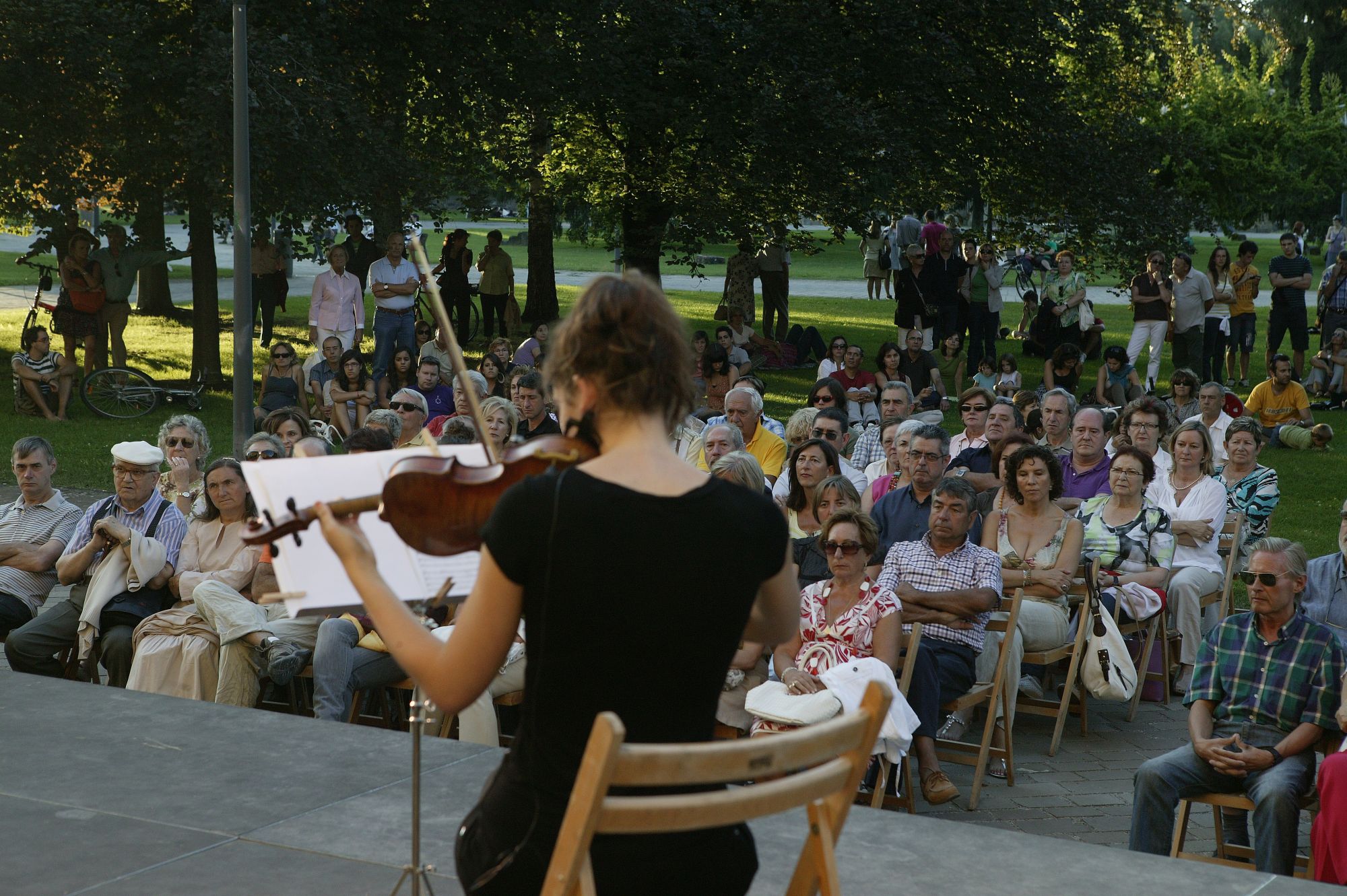