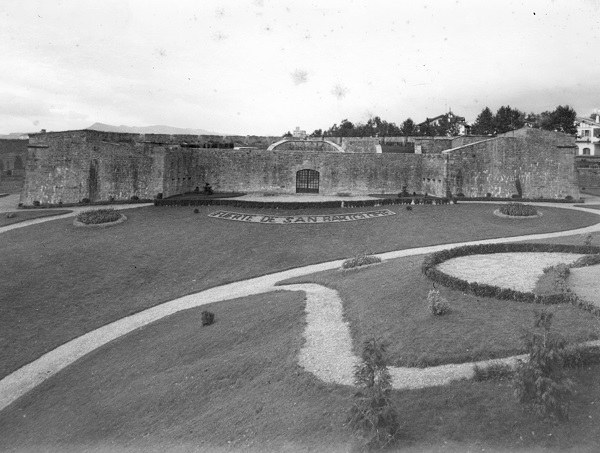 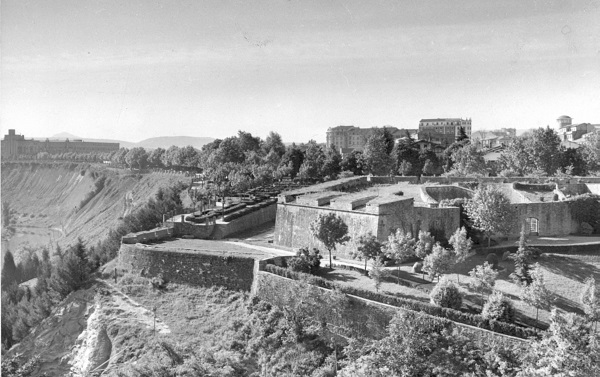 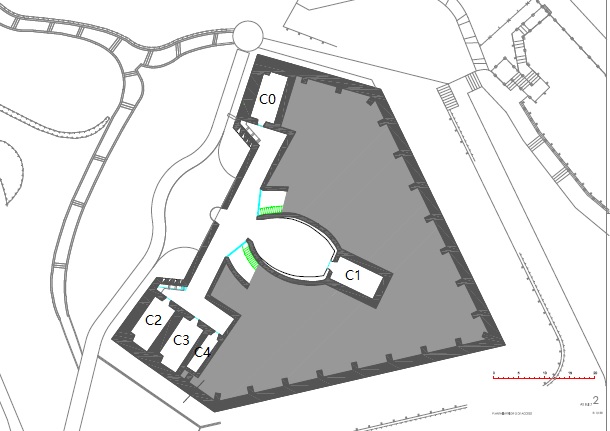 This little fort or demilune, giving the gardens their name, belongs to an ambitious project created in 1726 by the engineer Verboom and only partly constructed in the 18th Century. In his design, the most exposed fronts of the city were reinforced with outworks similar to this one, which was also the last major work to be carried out on the defences of Pamplona.

Thanks to the work of the French engineer Vauban, Pamplona had until then possessed a system of fortifications considered almost perfect, but developments in siege artillery soon meant it was no longer effective.

In the face of new weapons and new attack strategies, this fort was built to hinder the efforts of besiegers, provide the troops with a safe place to protect themselves from bombardment and help the Bastion of Labrit to defend the highly valued Mill of Caparroso below.

In 2010 the Fort of San Bartolomé was fitted out as the Pamplona Fortification Interpretation Centre.

Located in the San Bartolomé Stronghold, this centre provides all the information visitors need to discover the walls and the elements that form them, to learn about the strategies and defence systems of cities, and to understand the evolution of Pamplona over the centuries.

The Fortification Interpretation Centre offers visitors a quick, fun and interactive way of discovering the past and present Pamplona, revealing the main events that left their mark on the city, and recreating the ways of life and testimonies of its leading characters.

Barracks 1. Evolution of the city walls
The Pamplona we see today is the result of a historical process in which the walls have played a particularly important part. On this showroom, we recreate the layout of these defence structures from the time of their greatest splendour until our days.

Barracks 2. Defence strategies
"The forts underwent defensive development in response to the need for protection against weapons of a relentlessly increasing range and destructive power.

Barracks 3. The human aspect of the walls
"Pamplona’s military and strategic importance, plus the fact that it was a fortified town, had strong influence on its inhabitants, its trades, customs and ways of life.
It also had an enormous effect on its urban development, something it shared with other cities, but which in our case lasted for an exceptionally long time, until 1915.

Barracks 4. Other fortified cities
Several of the military engineers who worked in Pamplona down through the centuries went on to create other strongholds the world over. Here we show you some of the most representative.

Route: Pamplona is the City Walls

From 3rd March to 12th October

Check here the specialized books on the fortifications of Pamplona. For sale at the Tourist Office and the San Bartolomé Fort. 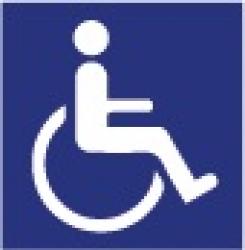