What is the PIC, how to get it and how to use it

Pamplona Card is the official tourism card of the city of Pamplona/Iruña. It is a different way of discovering the city, and you can use it to get different advantages when visiting museums and tourist locations, getting entry tickets for shows or discounts in stores and hotels. 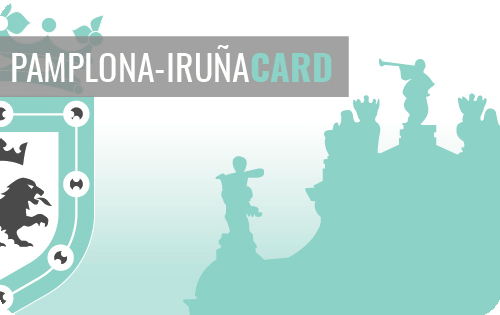 It is very easy to use, you just have to show it in participating establishments or services, along with your national ID card or passport, and you will get the advantages associated with the card.

The cost of issuing the card is €1, payable upon collection.

The card is valid for 7 days and can be renewed as many times as you need.

It is personal and non-transferable.

It can be requested by anyone over 12 years.

The street is our largest stage, but we also have many cultural spaces, some with a far-reaching history such as the Gayarre Theatres, as well as other more modern spaces, such as the Zentral. The Baluarte Congress Centre and Auditorium is the main venue for Pamplona’s cultural offering, whilst the University of Navarre Museum offers an avant-garde performing arts programme.

For lovers of painting, sculpture, photography and art in general, Pamplona offers you the chance to enjoy a wide range of artistic works in a variety of venues, such as the Museum of Navarre, the University of Navarre Museum and the Cathedral, which holds countless treasures in every corner, as well as its unique and award winning Occidens exhibition. We also offer trip with a guided tour of the Bull Ring, one of the most historical of its kind in the world.

The best way to go shopping in Pamplona is by strolling through its pedestrianised streets and avenues. You will find quality artisan products, as well as the best well-known foods from the Navarran vegetable plots, with a wide range of local shops offering a first-rate service.

Medieval Pamplona was made up of three boroughs, which were formed thanks to the pilgrims that crossed the city, and which were inhabited by very different populations. The Historical City Centre still has a Medieval feel, which you can discover on a guided tour around the monumental Pamplona.
We also offer you the chance to get to know the most emblematic locations of the San Fermín festivities, such as the square where the Chupinazo starting rocket is fired, the Bull Run route and the social clubs. Discover the route of Hemingway, the Nobel Prize winner for Literature, who fell in love with our fiestas and wrote about them, transforming them into the internationally acclaimed festivities they are today.
If you want to try out the delicious gastronomic products of Navarre, our professional guides can take you on a pincho route.
We also offer a guided tour of the Bull Ring, one of the most historical of its kind in the world.
What’s more, Pamplona is in a strategic location, meaning you can easily access many diverse and fascinating geographical enclaves: the ever-green valleys of the Navarran mountains, the kingdom’s castles and monasteries, the Bardenas deserts, the neighbouring Basque coastline... We organise services and trips to these destinations. Are you coming?